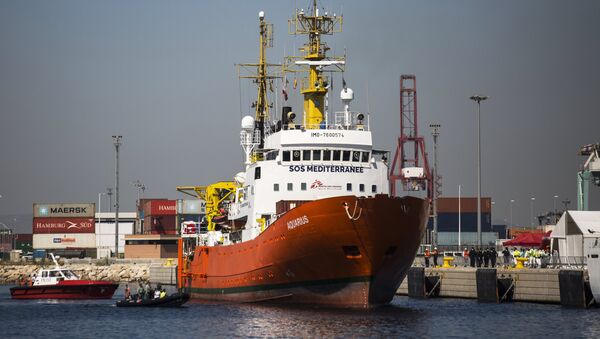 MOSCOW (Sputnik) - The Italian defence and interior ministers clashed on Monday over how to deal with migrants who continue to come ashore after the EU-backed operation Sophia effectively ended this year, local media said.

"I warned [Interio Matteo] Salvini that the NGOs would return if Operation Sophia was ended," Elisabetta Trenta was quoted by ANSA news agency as saying at a press briefing.

Salvini argued that operation Sophia had brought tens of thousands of migrants to Italy. Despite being an anti-smuggling mission, its sailors were required to rescue anyone found at sea.

"You tell me if fighting clandestine immigration means rescuing tens of thousands of immigrants wandering around the Mediterranean and bringing them all to Italy," he said.

The European Union launched operation Sophia in 2015 with the goal of disrupting human trafficking off the Libyan coast. It was formally extended for six months in March but ship patrols in the Mediterranean were ended.