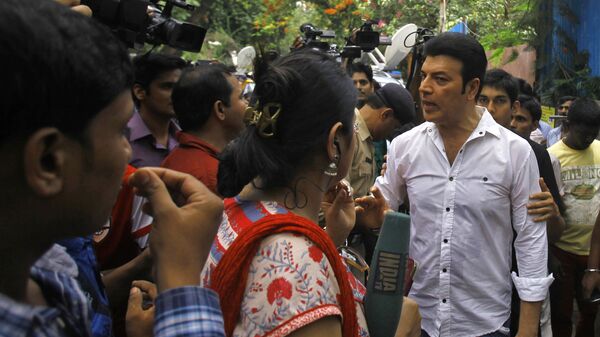 New Delhi (Sputnik): An Indian actress has divulged details of her alleged rape which she said occurred about a decade ago, at the hands of film star Aditya Pancholi, after he spiked her drinks.

The unnamed actress on Tuesday submitted a two-and-a-half page statement to Mumbai city police officials in which she mentioned that she was a 17-year-old aspiring actress at the time of the incident, reported the daily Mid-Day.

She has alleged that Pancholi drugged and raped her in a car.

"In 2004, I went to a party with him. After having a drink, I started feeling dizzy. I suspected then that he [Pancholi] had spiked my drink. After the party was over, Pancholi said he would drop me home. So I went with him in his Range Rover car. He stopped it in the middle of Yari Road and started getting forcefully physical with me. He also took photographs, which I wasn't aware of,” the actress wrote.

Pancholi, who was earlier arrested in the rape case by Mumbai police, was later granted bail by a local sessions court on Tuesday.

The revelations are making many people take to social media to express themselves. Some of them vented ire at the actor urging authorities to serve him severe punishment.

​Users also took the opportunity to slam Pancholi along with his son, actor Sooraj who was accused in Bollywood actress Jia Khan’s suicide case.

​However, not all have bought the claims made by the actress, wondering if the whole case was aimed at framing the actor. Some users questioned why the actress took so many years to come up with the allegations when the incident dates back to 2004.

Pancholi has over the years delivered several blockbuster hits at the box office like Aatish: Feel the Fire and Saathi and Jung.