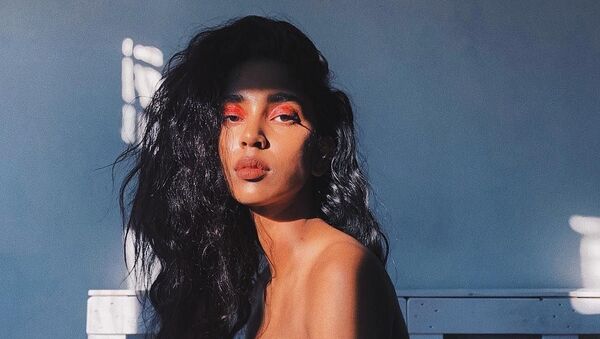 © Blogger photo Instagram/naomijanumala
Subscribe
The news of a brown-skinned girl being the face of a campaign for a brand as big as Rihanna’s Fenty has sent Indian netizens into a frenzy. The 19-year-old model is being hailed, in particular, because most Indian beauty pageants prefer fair skinned girls.

As the singer’s luxury label is said to be all about inclusivity, the ‘brown skinned’ model from Mumbai seized the opportunity and has been hailed on social media by ordinary Indians and fashionistas alike.

FENTY CAMPAIGN RELEASE 6-19! DIRECTED and SHOT📸by Rihanna herself (yeah read that again) and let me tell u, she’s the best hype man ever and prolly the best person to hang out on set with🤪 also swipe for some bts on cctv footage whooop @fenty @badgalriri congratulations rrriih and thanks for having me💋 head over to fenty’s website to see more! xoxo @newmadisonmodels @animacreatives thanks for everything u guys💖💖

Rihanna’s signing of Naomi is particularly significant as recently, organisers of an Indian beauty pageant were slammed for their fair skin obsession - all 30 women competing in the contest were fair skinned.

​Thus, netizens were enthralled with the news of a brown-skinned girl being the face of a campaign for a brand as big as Fenty.

Social media users cheered Naomi’s success, exclaiming that the definition of beauty in India has gone beyond the colour of someone's skin.

​Following severe backlash to the societal obsession with fair skin, in 2014, the Advertising Standards Council of India (ASCI) issued a ruling that banned commercials depicting those of darker skin as “unattractive, unhappy, depressed or concerned”.

Defying the objectionable ‘fair and lovely’ concept of beauty, Naomi, who is the niece of famous Bollywood actor Johnny Lever, comes as a breath of fresh air to the Indian fashion scene.