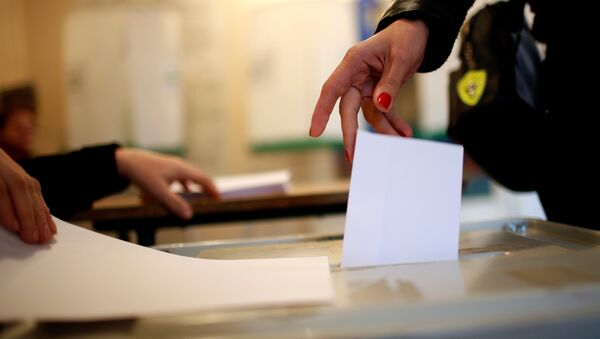 TBILISI (Sputnik) - The Georgian government has decided to hold parliamentary elections under a proportional system in 2020, thus partially satisfying demands by protesters rallying in the country's capital, the founder of the ruling party Georgian Dream, Bidzina Ivanishvili, said on Monday.

"The Georgian Dream has decided to hold  parliamentary elections under a proportional system in 2020, and the passing barrier will be set at zero", Ivanishvili said at a briefing.

A previous parliamentary vote in the country was conducted by two methods; 77 MPs were elected by a national vote, while 73 others were elected in single-member constituencies using a modified two-round system.

The statement comes amid mass protests that rocked the Georgian capital on Thursday over the participation of the Russian delegation in an international parliamentary forum. The demonstrations became violent as protesters, backed by the opposition called on the government to step down.

Police managed to disperse the protestors using rubber bullets, water cannons, and tear gas. According to local officials, at least 240 people were injured during the clashes.