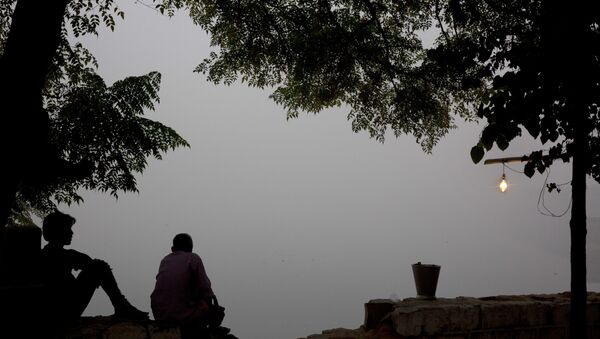 The decision is likely to have major political implications in states like West Bengal, Assam, Delhi, Bihar, and Jharkhand, as it is believed thousands of Bangladeshi citizens have entered these areas illegally and acquired fraudulent identification documents.

New Delhi (Sputnik): The Indian government has decided to launch a national register of citizens in states vulnerable to illegal infiltration, especially along the Bangladeshi border, President Ram Nath Kovind announced during a joint sitting of the parliament on Thursday.

“Illegal infiltrators pose a major threat to our internal security. This is leading to social imbalance in many parts of the country, as well as putting a huge pressure on limited livelihood opportunities,” President Kovind said while underling the reasons that prompted the decision.

The ruling Bharatiya Janata Party (BJP) promised in its election manifesto to implement a ‘National Register of Citizens’ as a priority in infiltration affected areas.

The BJP retained power in the recent general election, with Modi claiming a comfortable victory. Amit Shah, who has been one of the strongest proponents of this citizenship register, is now India’s home minister.

The Indian Home Ministry is responsible for security along the eastern border and the government emphasised that it “will be further strengthened to prevent infiltration”.

While on the one hand, the Indian government is working to identify the infiltrators, on the other “it is also fully committed to protecting the victims of persecution due to their faith”.

The citizens' list was prepared by the Registrar General of India, along with the central and state government, under the direct supervision of the Supreme Court of India.

The NRC will feature the names, addresses, and photographs of all Indian citizens whose families have resided in the state since before 25 March 1971.

During and after the 1971 India-Pakistan war which led to the creation of Bangladesh, several thousand Muslims, as well as Hindus from the area (erstwhile East Pakistan; now Bangladesh), crossed over to India to take permanent shelter in Assam and later on spread into other states like West Bengal, Jharkhand, Bihar and even Delhi.