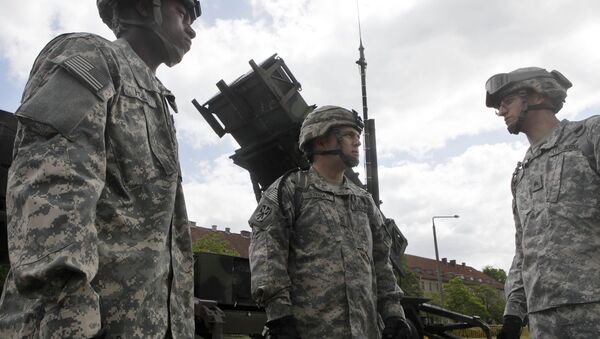 The Pentagon revealed Wednesday that the US' latest troop deployment to the Middle East will also include a Patriot Missile battalion, drones and manned surveillance aircraft.

Additionally, the Pentagon has indicated that it doesn't want war with Iran, but that it is "postured and ready to defend US forces and interests in the region," Reuters reported.

The latest development comes days after then acting Defense Secretary Patrick Shanahan announced on Monday that the US would be sending an additional 1,000 troops to the Middle East to counter alleged Iranian aggression. In a statement released at the time, Shanahan stated that the servicemembers would be used "for defensive purposes to address air, naval and ground-based threats" in the region.

"The recent Iranian attacks validate the reliable, credible intelligence we have received on hostile behavior by Iranian forces and their proxy group that threaten United States personnel and interests across the region," the statement adds.

The Monday reveal in addition to the previous deployment of a US aircraft carrier strike group earlier this year was prompted by the US' claims that Iran was to blame for the recent attacks on oil tankers in the region. Iran has repeatedly rejected the notion that it had anything to do with the strikes.

Relations between the US and Iran have largely remained at a simmer since the US opted to pull out of the 2015 Joint Comprehensive Plan of Action, an act which subsequently triggered the restart of a series of sanctions.