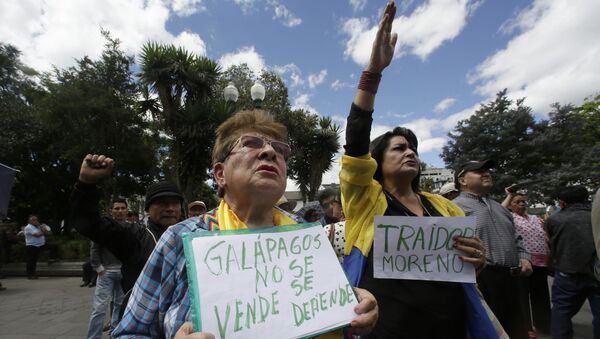 The Galapagos Islands, lying some 1,000 kilometres west of Ecuador’s Pacific coast, are one of the most biologically diverse places in the world and are designated a World Heritage Site by the United Nations.

Ecuador’s President Lenin Moreno has dismissed talk of the US using the Galapagos Islands as a military base – speculation that stirred national politics this week.

“There are not, nor there will be foreign military bases in the country,” Moreno tweeted on Tuesday. “We zealously preserve the Galapagos Islands.”

However, he went on to say that aerial surveillance is still being conducted to “take care of this world heritage”.

Moreno also attached an official statement by the Galapagos Governing Council, which said that the country is cooperating with the United States “with the exclusive purpose of improving the runway of the San Cristobal Airport and allowing the refuelling of two aircraft to monitor the illegal activities in the extensive marine reserve, in order to protect national sovereignty against these threats.”

On Monday, Defence Minister Oswaldo Jarrin revealed that the government allowed US military planes to refuel and be temporarily stationed at the San Cristobal airport in the Galapagos Islands. Those planes would take part in surveillance operations in a bid to combat drug trafficking and illegal fishing in the area, he explained. 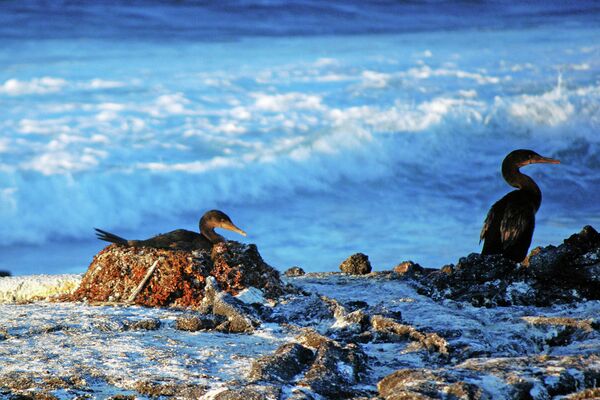 Native to the Galapagos Islands, the Galapagos cormorant gets its food primarily through diving along the food-rich shorelines. It is unique in that it is the only cormorant that has lost the ability to fly.
© Flickr / Harvey Barrison

The decision has raised concerns among lawmakers and activists that it could put at risk Ecuador’s sovereignty and environment.

Foreign military bases are banned in the country, according to the national constitution adopted in 2008.

At the same time, the Galapagos Islands have been recognised by UNESCO as a World Heritage Site for their unique flora and fauna, while the government has designated it a biosphere and marine reserve.

Ecuador’s former socialist minister, Rafael Correa, lashed out Jarrin tweeting that Galapagos were "not an aircraft carrier" for “use by gringos”.

Opposition congressman Carlos Viteri said the agreement should be scrapped if "it intends to cede an inch of Ecuadorian territory".

Meanwhile, local media reported that dozens of protesters gathered outside the presidential palace in Quito on Tuesday to warn the government against harming precious biodiversity in the Galapagos.