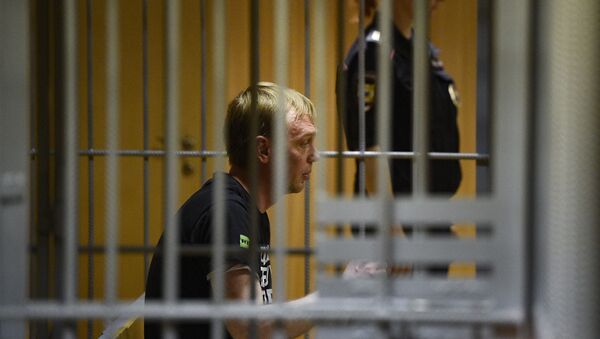 "The Kremlin cannot comment on a criminal case against Golunov, I can only tell you that the president was briefed about the case back on Friday when he was in St. Petersburg, he was told that the case had drawn a lot of public attention," the spokesman said.

Peskov went on to note that "the Kremlin has no right to comment on cases, so we will not do it this time." However, he vowed to monitor all the details attentively due to the great public attention to this case.

The Kremlin also believes that it is too early to make any sweeping conclusions about the distrust of the society and media in the police and courts based on the case with the detention of Ivan Golunov, according to the spokesman.

The spokesman added that a mistake was "possible anywhere because people work everywhere."

"The most important thing is to acknowledge those mistakes and explain how they came about so that they would not be made again," Peskov told reporters when asked if the Kremlin still trusted the Interior Ministry after it posted the photos that were initially labelled as if they were from the reporter's apartment.

The news about Golunov's detention spread on Friday morning. According to the Moscow police, five parcels with the powder-like substance were found on the journalist in the centre of Moscow on Thursday. The police said that they found more substances in the journalist's apartment. A criminal case was launched.