Venezuela’s Guaido Says No Plans for More Talks in Norway 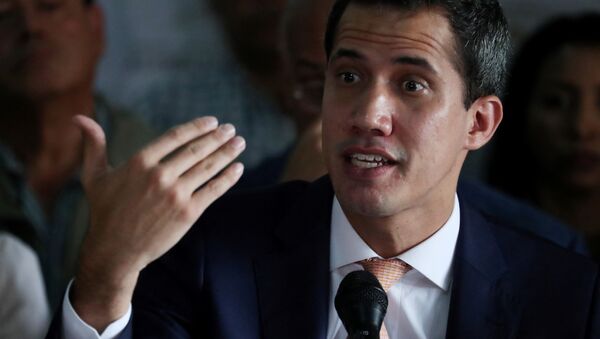 © REUTERS / Ivan Alvarado
Subscribe
The self-proclaimed interim president says talks that do not lead to resignation of President Maduro are “useless” to the opposition. Previously the opposition denied negotiating with the Maduro delegation directly.

Venezuela's opposition leader Juan Guaido said Friday that the opposition has no plans for a new round of negotiations with representatives of the legitimate President Nicolas Maduro in Norway.

According to Guaido, the opposition has no interest in talks because "anything that does not move us toward (Maduro's resignation) is useless."

The two parties met in Norway in May, but the talks fell apart, as the opposition kept calling for Maduro to resign and allow the interim government to conduct the new presidential vote.

Pompeo Blabs Venezuela Plot
The opposition denied engaging in direct negotiations with the representatives of Caracas, claiming the two delegations only talked in turns to Norwegian officials.

Maduro won presidential elections in May 2018 by a landslide. However, the opposition did not recognize the results. In January Guaido appointed himself interim President, leading to an escalation of political tensions in the country. According to Maduro, the opposition is responsible for major infrastructure damage, which led to massive blackouts across Venezuela. In late April, Guaido organized a coup attempt and tried to sway the armed forces to defect to his cause. The Venezuelan military remained loyal to official Caracas, and the coup failed.

The US and its allies recognize Guaido as Venezuela's president, whereas, Russia, China, Turkey and a number of other countries recognize Maduro as the nation's only legitimate leader.