Dem. Maxine Waters Rebuffed as She Sets Out on Quest for Trump’s Nickname 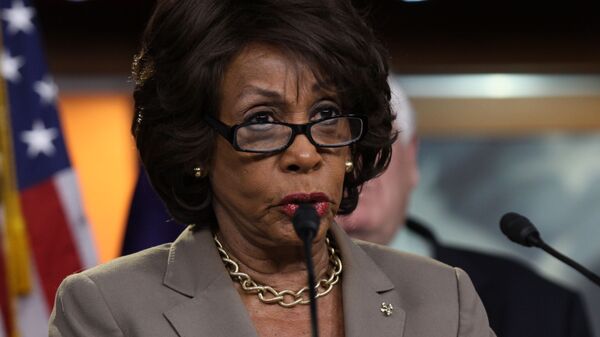 Whatever plan Ms Waters cherished, it was doomed to failure, as reactions in the comments appeared to contradict what the long-serving Democratic congresswoman expected to see.

California Democratic Rep. Maxine Waters took to Twitter on Friday to ask netizens to come up with a new nickname for POTUS Donald Trump.

“Trump is known for calling others disrespectful names, especially women. It's your turn now. What name would you call him?” the 80-year-old politician asked.

She might perhaps have hoped that the reactions would be all derogatory remarks, but they appeared to vary greatly, with many sincerely praising “our president” and “genius” Donald Trump.

“Mr. President, Mr. Trump, Sir, President of The United States Of America just to name a few...” one commented at length, while another person stated resolutely: “The man!“ putting an exclamation mark at the end of the sentence.

“The greatest President in almost 40 years!” another weighed in along the same lines.

Some apparently opted to focus on the asker’s age, with one stating she would like to call Waters retired:

….and even suggesting in a straightforward way he might soon be shown the door:

Former occupant of the White House.