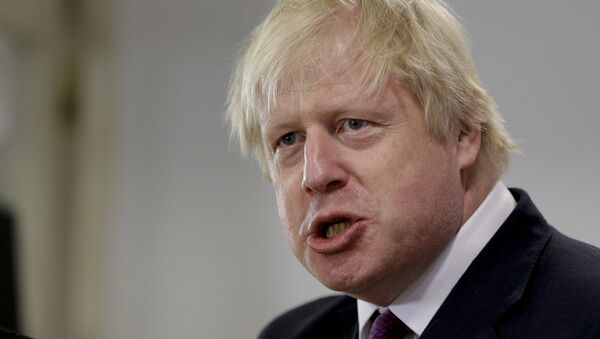 During the 2016 referendum the battle bus on which Boris Johnson toured the country promised the £350 million the UK gives the EU every week would be redirected to the National Health Service in the event of Brexit. Former Foreign Secretary Boris Johnson was facing a charge of misconduct in public office over the claims.

The High Court in London has thrown out an attempt to prosecute Tory leadership contender Boris Johnson over claims made by Vote Leave during the Brexit referendum.

Lady Justice Rafferty, sitting with Mr Justice Supperstone, overturned a decision by a lower court that there was a case to answer.

​Lady Justice Rafferty told Mr Johnson's barrister, Adrian Darbishire QC: "We are persuaded, Mr Darbishire, so you succeed, and the relief that we grant is the quashing of the summonses."

Boris Johnson wins his case. Another ludicrous attempt to derail Brexit given oxygen by a complicit media.

​Marcus Ball, a Remainer, had crowdfunded more than £200,000 for a private prosecution, and presented his case at Westminster magistrates court last month and on Wednesday, 29 May, District Judge Margot Coleman ruled the private prosecution could go forward.

Boris Johnson prosecution halted. The case is over.

The only surprise is that it got this far. https://t.co/boEye6N8Xw

The Uxbridge and South Ruislip MP's legal team said the offence of misconduct in public office was about the clandestine abuse of power and Mr Johnson's claim was not secret.

Many political commentators had seen the case as setting a dangerous precedent for politicians.