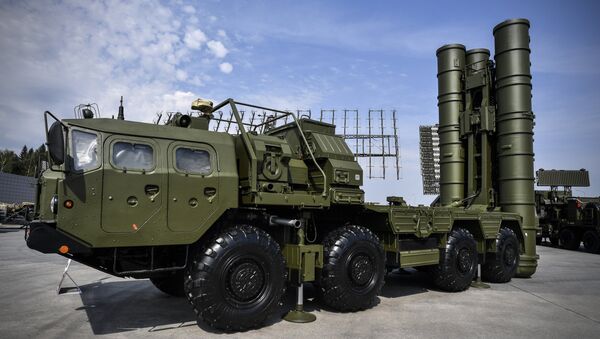 "[S-400] are not NATO interoperable ... Interoperable means does the system actually communicate to the resources that exist in NATO ... Does it speak NATO language? ... The S-400 does not", Wolters said on the sidelines of GLOBSEC 2019 Forum in Bratislava, adding that the S-400 may even try to "exploit F-35 capabilities" if operated near the jets.

He also stressed that NATO was not interested in sharing the F-35 capabilities "with Russians".

Turkish Lawmaker: Purchase of Russian-Made S-400 System Doesn't Threaten NATO
However, despite the NATO-Turkey growing tensions amid Ankara's decision to purchase Russian S-400, Wolters noted that Turkey was an important NATO strategic partner and expressed hope that the alliance would continue to have a good relationship with it.

READ MORE: NATO Has No Plans to Deploy New Ground-Based Systems With Nukes in EU - Official

Why Turkey's S-400s Can't Plug In to NATO Defence Systems (and Don't Need to)
In December 2017, Moscow and Ankara signed a loan agreement for the delivery of the S-400 air defence systems to Turkey. The first shipments of the S-400 are expected in June. In spite of the US threats to impose sanctions against Ankara, Turkish officials have said that purchasing of military equipment is a sovereign right and ruled out the possibility of abandoning plans to acquire the S-400 systems.

Washington has reportedly given Ankara a chance to either abandon the S-400 deal with Russia until the end of the first week of June or face penalties, which would include sanctions, removal from Lockheed Martin's F-35 jet program and cancelling the delivery of 100 F-35 jets.