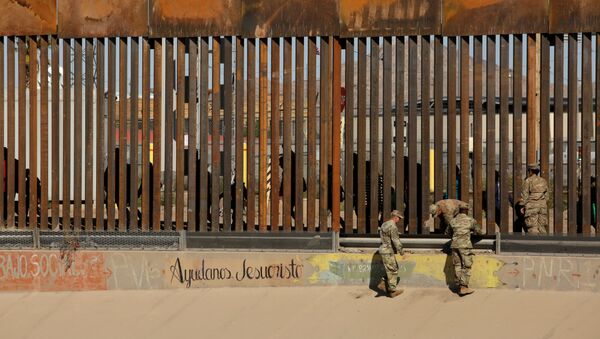 In a pilot program, approximately 30% of rapid DNA tests of immigrant adults who were suspected of arriving at the southern border with children who weren't theirs revealed the adults were in fact not related to the children.

The pilot took place over the course of a few days earlier this month and was used only in McAllen, Texas, and El Paso, Texas, the Washington Examiner reported.

“There’s been some concern about, 'Are they stepfathers or adopted fathers?' Those were not the case. In these cases, they are misrepresented as family members," an official involved in the system's temporary rollout who asked to remain anonymous in order to speak freely told the Washington Examiner Friday.

US Border Patrol Confirms Working With Mexico to Investigate Journalists
ICE said the Department of Homeland Security would look at the results to determine if it will be part of its comprehensive solution to border issues, the official said, adding that “this is certainly not the panacea. It’s one measure.”

The debut marked the first time DNA testing of any sort has been used at the border. Currently, ICE and US Customs and Border Protection use verbal statements and written documents to verify family connections.

Earlier Homeland Security Investigations (HSI) deployed 130 personnel to the border, including forensic interview specialists, victim assistance specialists and document examiners in order to help ICE verify the individuals who claimed to be in a family unit.