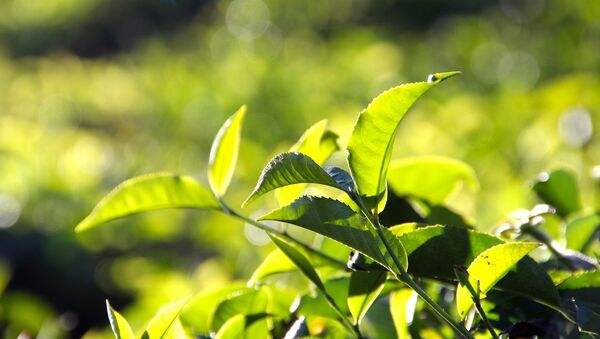 Skyrocketing prices of Kenyan tea have opened a big window of opportunity for the Indian tea industry, proving to be a boost for its second flush teas. The Kenyan weather bureau has predicted the drought will continue to have an impact on tea prices in the months ahead.

New Delhi (Sputnik): In the wake of current market leader Kenya facing a severe drought across this east African country, the Indian tea industry has an opportunity expand its market share in the global tea market, opine a number of Indian analysts and industry leaders.

"This Kenya-related development is anticipated to be true this year in view of their production being projected to be 416 million kilograms in 2019 vis-a-vis 493 million kilograms in 2018 due to a change in weather conditions," Joydip Biswas, deputy director (tea promotion) of the Tea Board India, functioning under the aegis of India's Ministry of Commerce and Industry, told Sputnik.

"Keeping in view this fact, India has the scope to compete well with Kenya in the main CTC tea-consuming countries such as Egypt, Kazakhstan, the UAE, Poland and the UK this year, where it is exporting."

To a Tea: China to Increase Tea Imports from Kenya
Ravi Singh, head of research at Karvy Stock Broking Limited, a financial services company, told Sputnik that the drought in Kenya will affect tea production which may turn out to be a positive development for India. "The production of tea in Kenya last year was at record levels which had dampened the price of tea in global markets."

Stating that tea exports from India will definitely be meaningfully impacted if crop yields fall further, he said: "We expect Indian companies to get benefited by the aforesaid development as the domestic producers may hold the pricing power at least for the next few months till the situation improves in the African country."

Kenya's tea industry regulator issued a statement earlier this year in the capital Nairobi saying that the country's tea production is projected to drop by 12 per cent year-on-year in 2019.

"The total production for 2019 is expected to drop to about 416 million kilograms," the Tea Directorate said in February.

"Despite the reduction in production due to drought, it is not anticipated that prices will improve significantly between now and the close of the financial year in June 2019," Samuel Lerionka Tiampati, chief executive of the Kenya Tea Development Agency (KTDA), the country's largest black tea exporter, told the Business Daily Africa in an interview this Tuesday.

"Farmers should, therefore, expect to receive lower total earnings for their produce this year."

Economic sanctions imposed on Iran by the United States and high inflation rates in Egypt have impacted their tea markets negatively, the daily further quoted Tiampati as saying.

Tea in India is as Varied as the Country's Culture
The report further states that second flush tea from India is gradually making inroads into the Kenya-dominated market.

Indian industry executives have indicated that the price of Kenyan tea has spiked by 15 per cent, which they opine offers a market boost for Indian second flush teas.

"The bigger picture about prolonged dry spell which means a drought is foreseeable is growing increasingly clear," said Chanzu.

In 2018, India was ranked third in terms of global tea exports while Kenya was ranked second, and China topped the list.

The views and opinions expressed in this article are solely those of the speakers and do not necessarily reflect the position of Sputnik.