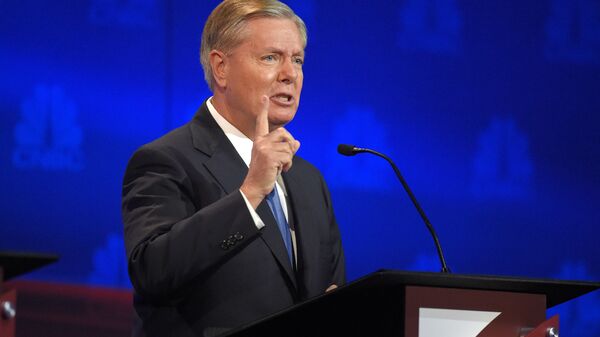 © AP Photo / Mark J. Terrill
Subscribe
International
India
Africa
WASHINGTON (Sputnik) - The US Senate Judiciary Committee has no plans to bring Special Counsel Robert Mueller before the committee to answer questions about his investigation into alleged Russian collusion and interference in the 2016 US election, US Senator Lindsey Graham told reporters on Wednesday.

"I'm not going to do any more. Enough already. It's over," Graham said when asked why he would not call for Mueller to testify.

The senator from the US state of South Carolina clarified that he will invite Mueller should there be any dispute about a conversation.

US Senate Democrats Seek DOJ Probe of Attorney General Role in Mueller Report
Earlier on Wednesday, US Attorney General William Barr told Congress that Mueller never accused him of misrepresenting the report's findings in his four-page summary to Congress.

Media outlets reported on Tuesday that Mueller wrote a letter to Barr in late March, accusing the attorney general of not fully capturing the context and work of the special counsel's office in his summary.

The Mueller report concluded that no collusion took place between President Donald Trump's campaign team and Russia but left the decision on whether Trump interfered with the special counsel's probe up to Congress. However, Mueller did say that Moscow attempted to interfere in the US election.

Russia has repeatedly denied interfering in the US political system, saying the allegations against Moscow were made up to excuse Hillary Clinton’s election loss as well as deflect public attention from actual instances of election fraud and corruption.