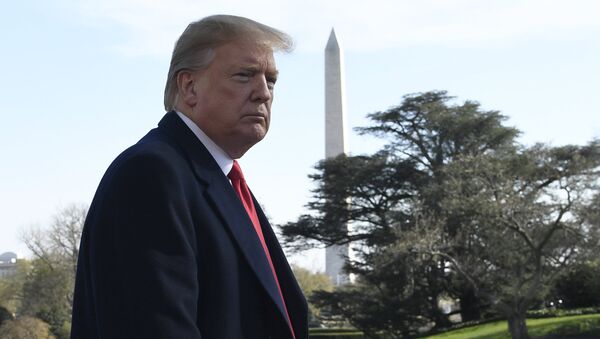 Trump has warned that the Second Amendment is “under assault”, calling upon NRA members to rally behind him in order to preserve “the only way to stop a bad guy with a gun”.

During an address to the National Rifle Association (NRA), US President Donald Trump called upon members of the group to support his re-election during the upcoming 2020 race, promising to fight for their gun rights and to oppose those who would threaten to undermine the said rights.

'Please Check Mirror': 'Young, Vibrant' Trump Leaves Social Media in Stitches
Speaking at the NRA's annual convention in Indianapolis, Trump styled himself as a "champion for the Second Amendment" which, he claimed, is currently "under assault".

"You better get out there and vote", the president said, arguing that his political opponents want to take away gun owners’ firearms.

He also warned that while next year’s election "seems like it's a long ways away", it is not, and called upon voters to act accordingly.

The ​NRA’s backing in 2016, with the group endorsing Trump even before he was officially nominated by the Republican Party, played a pivotal role in getting him elected as President of the United States. That year, the organisation raised a record sum $366 million and spent $412 million for political activities.

The NRA also opposes the international Arms Trade Treaty which seeks to regulate the global conventional arms trade, and from which the United States is now going to withdraw under the guidance of President Trump.