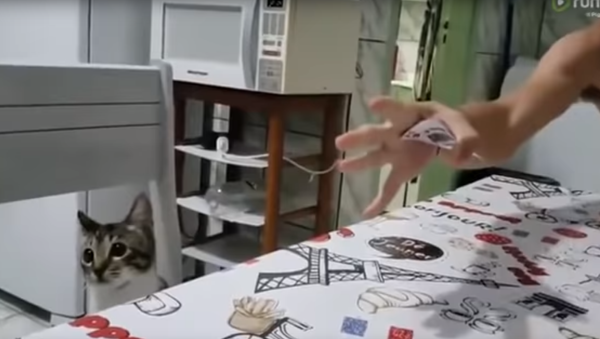 While other owners are throwing Kraft Singles onto their pets or "disappearing" behind a blanket, a Tuesday upload by Rumble Viral features one feline getting pranked in a more uncommon but less cruel way!

Initially trusting its owner, the cat attempts to follow the card's trajectory after it's "thrown" — much to the surrounding humans' delight. The second and third time around, the cat is much quicker to look around the room, but the echo throughout the room from the card slapping against the human's hand appears to ultimately get the best of the puss.

Let's hope the claws don't come out in retaliation!