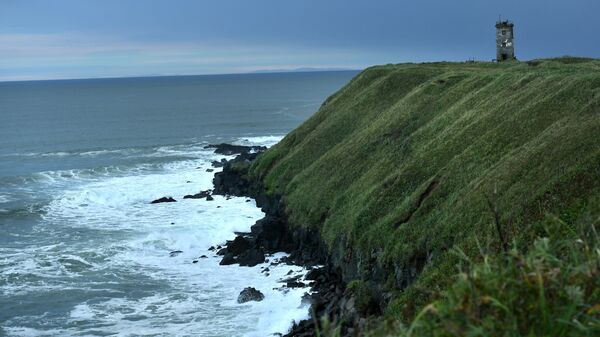 The dispute over a group of four Kuril islands — Iturup, Kunashir, Shikotan and Habomai — has been souring Moscow-Tokyo relations for decades and serves as the main stumbling block to signing a permanent World War II peace treaty.

Japan presented its reviewed Diplomatic Bluebook earlier in the day. Unlike last year’s edition, this document refrains from directly claiming ownership of the disputed islands.

Commenting on the new foreign policy report, Kono stated that Tokyo's stance on the matter has not changed.

Russian Foreign Minister Sergey Lavrov stressed in January that the two sides had agreed to work on the basis of the 1956 joint declaration, "which means, first of all, the inalterability of the very first step — Japan’s recognition of the WWII outcome in full, including Russia’s sovereignty over all the islands of the South Kurils group."

The declaration in question stipulated that the Soviet Union transfer the two disputed islands — Habomai and Shikotan — to Japan only following the conclusion of a peace treaty. The two countries ratified the declaration, but Japan then refused to implement the agreements, insisting that all four major islands of the Southern Kurils be given to Tokyo.