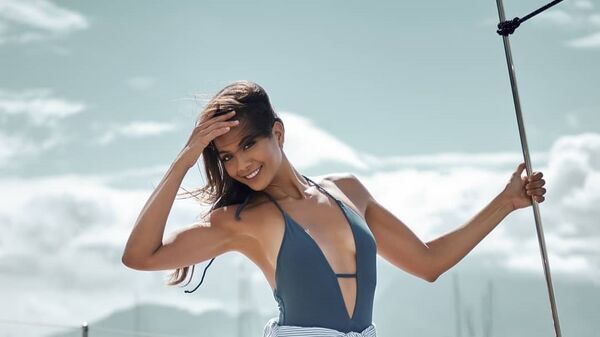 Miss France Vaimalama Chaves gave quite an unexpected reply to a question about her favourite farm animal during a television show on France 2, and vegans will not be in the least impressed.

Vaimalama Chaves, the proud holder of two titles, Miss France 2019 and Miss Tahiti 2018, astonished the France 2 prime-time audience, stating that her choice of a favourite animal depends on the way it is cooked, Sputnik France reported.

“No, she is not a vegan”, noted journalist Evelyne Thomas, who was also on the show.

"Starting from 4am, the city becomes alive and becomes coloured with sun rays. This is the time to get our ‘firi firi’, roasted pua, or pork, ‘taioro’ and ‘taota’ for a family brunch. The precious moment that I try to live as often as possible”, she wrote, listing the Tahiti specialties she is particularly fond of.

Another image of hers has recently earned her a lot of rebukes, with some advising her to "stop eating" not to gain more weight. However, Miss Chaves appeared to not have been discouraged a tad.

“Yes, I have curves. So what? Or those who criticize me are jealous and they had better go eat a snack instead of pouring their hatred on social networks! […] I'm savouring my luck… and the delicious food I'm served!” she said emotionally.

She admitted to the magazine Gala having "gained some weight since she was presented a crown" because of the upscale receptions she has been invited  to "every day, noon and night".