Airbus Subsidies: No Doubt US to Retaliate if EU Not Complies With WTO - Scholar 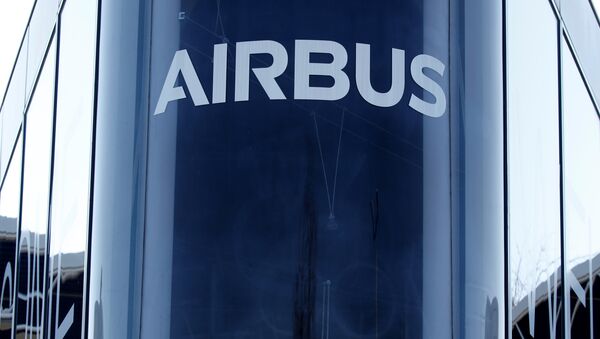 Although US President Donald Trump has said he would refrain from slapping new tariffs on EU goods, he has repeatedly threatened to hit the bloc with 25 percent tariffs on autos. Meanwhile, the Office of US Trade Representative has suggested that Washington should impose additional tariffs on a number of goods imported from the European Union in response to the bloc's continued subsidies to aircraft manufacturer Airbus, which have been found damaging for the United States and inconsistent with the rules of the World Trade Organization (WTO).

Geraldo Vidigal: Tariffs always cause a degree of economic disruption. Tariffs cause difficulties for foreign producers, but also increase prices for domestic consumers. Industrial and commercial consumers, who use imports in their economic activity, also get hurt.

So normally governments try to apply retaliation on luxury products, like cheese and wine, which do not hurt lower class, industrial or commercial consumers. Contrary to the steel and aluminum tariffs, these new retaliatory tariffs appear to follow the regular pattern.

Aviation Pundit Doubts Boeing-Airbus Competition Led to 737 MAX Deadly Accidents
Sputnik: Could Trump’s threat to impose a new wave of tariffs just be part of his campaign to negotiate a better trade deal with the EU? Is it possible to compare this process with the NAFTA renegotiation?

Because the EU did not comply with the WTO ruling concerning subsidies to Airbus, the US is now requesting authorization from the WTO to apply lawful tariffs.

They are allowed to apply tariffs until the EU complies.

Sputnik: Despite warnings from economists about a possible trade war and its impact on the economy, the WTO supported Trump’s decision to impose tariffs. Does this suggest that Brussels did actually unfairly support Airbus, at the expense of Boeing?

Geraldo Vidigal: The WTO concluded that the EU subsidies to Airbus are incompatible with WTO rules. This was decided by the "judicial" arm of the WTO, not by economists. It is up to the United States to find the less economically damaging way to apply tariffs.

Airbus Row: How 'Tariff Man' Trump and EU May Kick Off New Trade War
This is therefore a different situation from the tariffs the US imposed before, to try to get countries to negotiate better terms with the US.

This time there is no doubt that the US is entitled to pursue retaliation if the EU does not comply. What the WTO still has to decide is the size of the tariffs that will be authorized.

Sputnik: What kind of steps do you expect from EU leaders? How will the newly signed EU-China economic agreement affect this economic confrontation?

Geraldo Vidigal: It should be noted that the EU also has a WTO case against the United States concerning subsidies to Boeing.

Brazil and Canada had a similar dispute 15 years ago, between Embraer and Bombardier, and it ended with the WTO finding that both countries gave a similar amount of subsidies.

So nobody applied retaliation. Something similar could happen in this case, if the WTO determines that the subsidies are similar in value. If the WTO identifies a major difference, however, one of the parties will want compensation.

Views and opinions expressed in this article are those of Geraldo Vidigal and do not necessarily reflect those of Sputnik.