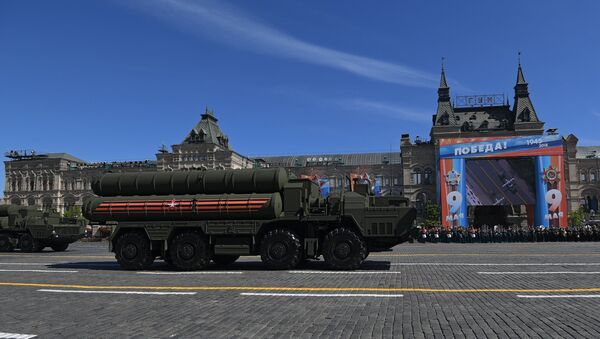 © Sputnik / Grigory Sysoyev
/
Go to the mediabank
Subscribe
International
India
Africa
MOSCOW (Sputnik) - There is no talk about joint production of S-400 air defence missile systems by Russia and Turkey, but it is possible that some components will be produced jointly, Kremlin spokesman Dmitry Peskov said Thursday.

He added that production could be based "in Turkey".

World
US Senators Threaten Turkey With ‘Consequences’ Over S-400 Deal in NYT Article
The statement comes after earlier this week, Turkish President Recep Erdogan held a meeting with his Russian counterpart Vladimir Putin, reiterating his position that the S-400 deal, signed in 2017, was "closed".