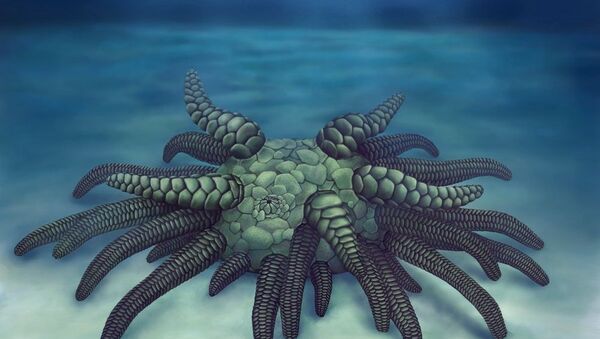 A team of international palaeontologists led by the Oxford University Museum of Natural History have discovered the extremely well-preserved remains of an ancient relative of the marine invertebrates known as sea cucumbers.

Because of its many tentacles, the new organism was named Sollasina cthulhu, in honour of the monster from the works of Howard Lovecraft., according to the CNET portal.

The remains of organism were found at a site in Herefordshire, UK. The size of the organism did not exceed 3 cm, and the scientists discovered that the remains were 430 million years old.

​With the help of tomography, scientists have recreated the appearance of the body of Sollasina Cthulhu; it had many tentacles, with which it hunted small prey at the bottom of freshwater bodies of water. In addition, it used tentacles for movement.