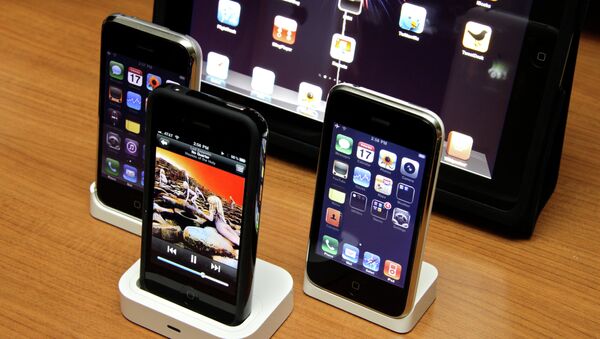 Two Chinese students studying in the US state of Oregon have been charged in federal court with a scheme to scam Apple out of nearly $1 million using counterfeit iPhones.

According to a criminal complaint filed in a the US District Court for the District of Oregon last month, Chinese students Yangyang Zhou and Quan Jiang tried to fraudulently claim, 3,069 times, that their "new" iPhones (which were actually fakes) wouldn't turn on, "returning" them to Apple under the company's warranty agreement in exchange for new, very real iPhones. They then sold those phones on the black market via a third party and collected part of the profit for their trouble.

Every warranty invocation indicated "No Power/Wired Charging Issues" as the reason for the claim. Apple rejected more of the fake phones than it accepted, but it still replaced 1,493 of the 3,069 — at $600 a phone, that's roughly $895,800 in iPhones, according to the affidavit.

Zhou appeared in the US District Court in Portland on Friday, where he was charged with submitting false or misleading information on an export declaration. However, last March Zhou was also accused of trafficking in counterfeit goods and wire fraud and was on GPS monitoring, the Oregonian noted.

How Do You Like This Apple? Tourist Throws iPhone to Bears at Zoo

Both Zhou and Jiang were in the US on F-1 student visas, although Zhou completed his engineering studies at Oregon State University last winter. Jiang was studying engineering at Linn Benton Community College last spring, according to the Oregonian, which first reported the story.

The two ran their operation out of Corvallis, a town about 85 miles south of Portland, Oregon, and had been doing it for at least four years, according to court documents.

Thomas Duffy, a special agent with Homeland Security Investigations, a division with Immigration Customs and Enforcement (ICE), who led the investigation, noted in his deposition that he had evidence that in the process of his scam, Zhou had submitted false or misleading information on an export declaration since at least as early as December 2015. However, the investigation was only formally opened in April 2017.

Duffy noted that during the course of his investigation, he found that Zhou used at least four different mailboxes under different names and that he "lawfully seized an international package from one of the mailboxes putatively leased by Zhou" in March 2018 that contained 25 counterfeit iPhones.

In addition to his own mailboxes, Jiang reportedly enlisted the help of friends and family around the world in his scam so as not to arouse the tech giant's suspicions. Nonetheless, Apple sent several cease-and-desist letters to Jiang's Corvallis address in the summer of 2017, according to the affidavit.

The investigation was prompted by US Customs and Border Protection, which reported that they'd investigated at least five suspicious-looking shipments from Hong Kong of cellphones that appeared to be counterfeit Apple phones.

Zhou "was not aware of any alleged counterfeiting." Zhou's lawyer, Jamie Kilberg, told The Oregonian on Monday. "We do believe that Mr. Zhou will be vindicated."