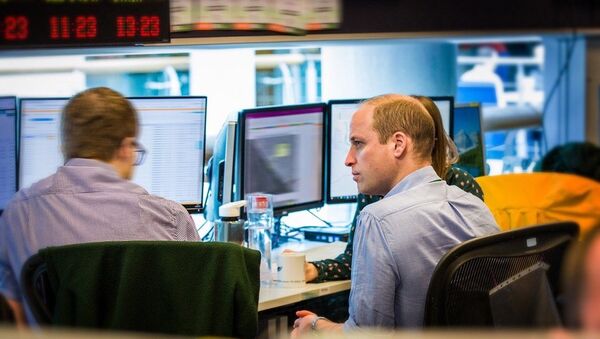 A British royal's burden of public duties usually includes widely covered official engagements, but His Royal Highness took a walk on the dark side when he interned at the UK's top secret agencies: MI5, MI6, and the Government Communications Headquarters.

Prince William, the Duke of Cambridge and the second royal in line to the British throne, has completed a three-week attachment at each of the three arms of Britain's intelligence services.

The 36-year-old is said to have worked with the Security Service (otherwise known as MI5), the Secret Intelligence Service (MI6), and the Government Communications Headquarters (GCHQ), according to the royal family's official website.

MI5 is the country's domestic counter-intelligence and internal security agency, and MI6 is in charge of foreign intelligence (like the CIA in the United States), while the GCHQ is known as the government's cyber security listening post (analogous to the NSA).

"These agencies are full of people from everyday backgrounds doing the most extraordinary work to keep us safe," Prince William said.

He called his work experience in the UK's spy world "truly humbling" and said he felt "deep gratitude" for what the national secret services are doing.

"These agencies are full of people from everyday backgrounds doing the most extraordinary work to keep us safe."

"They work in secret, often not even able to tell their family and friends about the work they do or the stresses they face."

The GCHQ's head of counter-terrorism operations, who was identified as "David", said that the prince "worked exceptionally hard" during his brief internship.

"His Royal Highness asked some probing questions and demonstrated a real grasp of our mission. This was a rare opportunity to expose, in detail, the technical ingenuity and problem solving skills needed on a daily basis to help keep the UK safe."

It was revealed Prince William's internship was not all about sitting at a computer desk — it also allegedly included some 'royal 007' stuff.

"The Duke wasn't just watching from the sidelines. He was fully immersed at times on undercover surveillance operations, not just sitting in front of a computer in an office," a source told the UK tabloid The Sun.

"He impressed everyone with his professionalism — and his sense of humour. He spent most of his time with ordinary rank and file workers, not just the bosses, and sat with them in the canteen to join in their discussion."