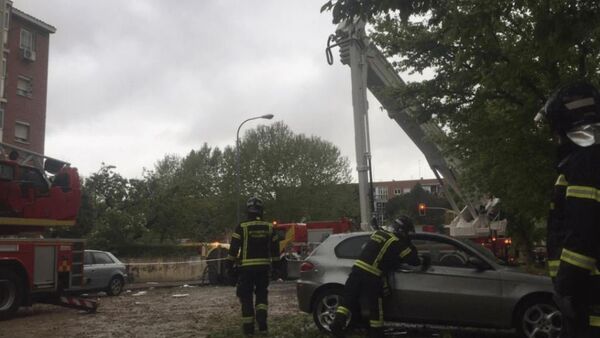 An explosion has destroyed part of a building in Madrid’s Puente de Vallecas district, apparently due to a gas leak, local media reported, citing authorities.

The incident occurred at about 1:10 p.m. in a building on Calle de San Claudio Street. The structure was seriously damaged, with at least one of its storeys damaged in the explosion, the emergency services reported. Some 16 people have been injured, ABC reported.

The building where the explosion took place, along with nearby houses, has been evacuated.

Firemen, ambulances, and police promptly arrived at the scene, tending to and rescuing the wounded. At least one of the injured has burns and others have suffered emotional trauma and bruises, according to the emergencies services.

Debris fallen from the building has damaged cars parked nearby.