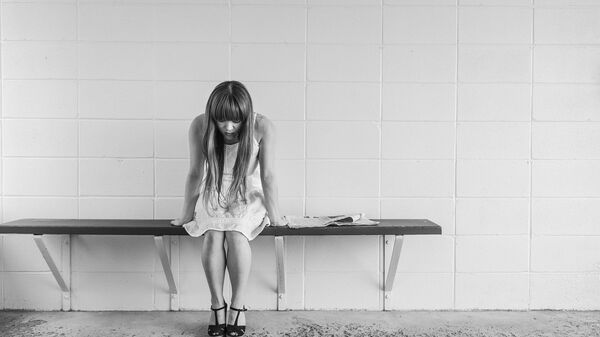 The number of teenage girls seeking sex reassignment treatment has increased by an avalanche-like 1,900 percent. Many of the patients suffer from additional diagnoses, such as self-harm, autism, or anorexia. Despite the lack of research and negative feedback from "regretters", the patients still get prescribed their treatment.

In recent years, Sweden has seen spike in gender dysphoria, a diagnosis that occurs when the biological sex and the assigned gender don't match, national broadcaster SVT reported.

While people with this diagnosis were few and far between only a decade ago, a new patient group emerged in recent years — teenage girls who feel they are boys and seek sex correction. Rapid-onset gender dysphoria is often accompanied by other issues, such as self-harm, autism, or anorexia.

In 2008, only 28 girls aged 10-19 received care for gender dysphoria, according to the National Board of Health and Welfare. In 2017, 536 girls in the same age bracket sought treatment, a staggering 1,900 percent increase.

"So far, we have about 650 cases. This is interesting, because at the beginning we had maybe five, ten cases a year. In recent years, though, there's been a huge spike in referrals, almost 200 a year", said Anders Rydelius, senior physician and professor of children and adolescent psychiatry on the Kid team at the Karolinska University Hospital, the largest children's reception for "gender-confirming" treatment in Sweden.

At the same time, many youngsters who have undergone gender reassignment have rued their decision only to discover that the transition is irreversible. SVT described instances of the Karolinska University Hospital surgically removing the breasts of girls as young as 14. The so-called "regretters" are subsequently offered trauma treatment at the Lundström reception in Västra Götaland. In the past two years, the clinic has seen patients even under 16 years of age.

According to Lennart Fällberg, the head of unit at the Lundström reception, accepting gender reassignment with surgery and hormone treatment is difficult for everyone. For a 16-year-old, who is still developing, such a crucial decision is all the harder, he suggested. Fällberg cited the lack of research on this topic, stressing the impossibility to predict how the situation will play out in the future and calling the situation "ethical stress".

"This group of young people who only started coming in 2013, and there is not much research how you will feel in the longer term. Many of them have only been in treatment for a few years and there is no one who can say anything about it now", Lennart Fällberg told SVT.

Anne Waehre, a senior physician at the children's gender clinic at Norway's Rikshospitalet, which has witnessed the same increase as in Sweden, called the treatment of teenage girls "experimental".

"You do not know how they will feel in the long run, there is no research on how it goes", Waehre told SVT.

"Mika", one of the many "regretters", came to have second thoughts about her gender correction after testosterone treatment. While it "felt good at first", she admitted, it didn't solve the problems. In retrospect, she called it "sick" and described her generation as "guinea pigs" for a lack of science.

At the same time, bitterness is also rising among parents, who feel their children are being offered subpar treatment.

"We don't believe they have anything else to offer beyond hormone treatment and planned surgery", "Sofie", a mother of a teenage girl, told SVT.

Swedish teenagers who believe they suffer from gender dysphoria are free to seek treatment. The so-called investigation time takes about half a year. Then they receive hormones and puberty blockers, the same medication that is used for chemical castration of adult men. They are then scheduled for an operation.

From the 1970s to 2010, only 15 people or 2.2 percent of the patients regretted their gender correction. However, there is no data on "regretters" in the recent avalanche-like increase.