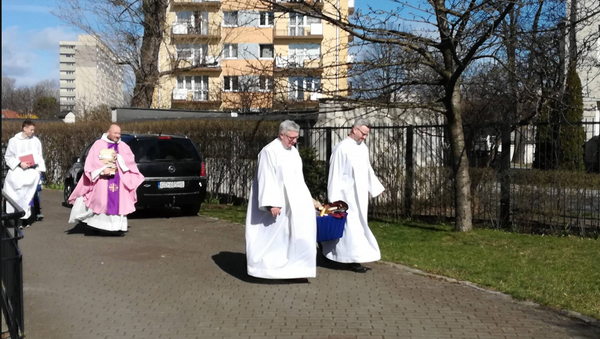 The images were taken in Poland's northern city of Koszalin. One shows a priest and two boys standing over a fire pit filled with books, including the "Harry Potter" books, which chronicle the fictional life of a young wizard who studies at Hogwarts School of Witchcraft and Wizardry as he struggles against the dark wizard Lord Voldemort. Other images show priests carrying baskets of other books and items to be burned. A tribal face mask, a Buddhist figure and a small elephant figurine were among the many objects put to the flames.

Father Jan Kucharski, one of the priests in the Gdansk parish where the burning took place, told the Polish natemat.pl news outlet Monday that the priests had burned objects "linked to the occult and magic."

"Aside from the books, there were talismans and amulets. Parishioners brought them to put things in order," the priest added.

"I'd like to believe this is a joke… Seriously? Are people burning fantasy literature in the 21st century in some kind of sick ritual?!" one Facebook user wrote in Polish on one of the Facebook images. 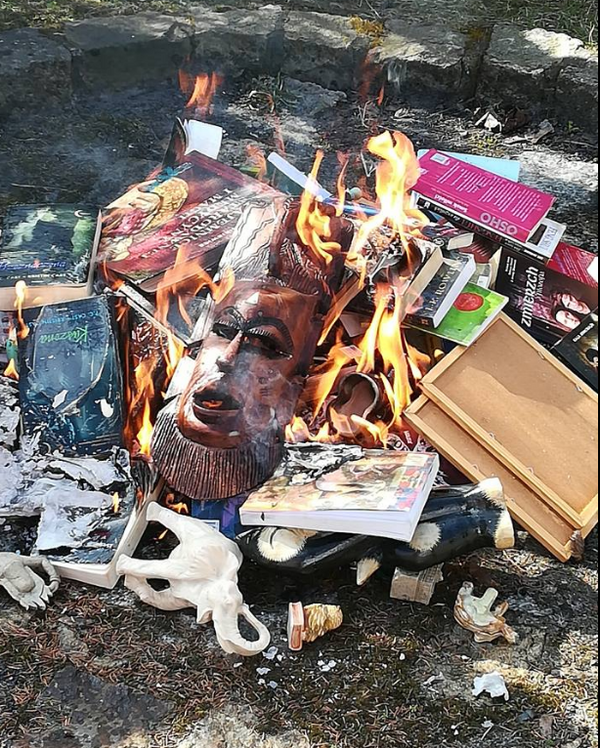 "It's hard for me to believe that we're so backward!" another added.

However, other Facebook users lauded the book burning, with one user writing, "Get rid of everything that does not please God and see how your life will change."

The Catholic church in Poland is backed by the Law and Justice (PiS) conservative Christian democratic political party in the country, which currently is the largest party in the Polish Parliament.

A study commissioned by the Episcopal Conference of Poland released last month revealed that as many as 382 minors have been sexually abused by clergy in Polish churches since 1990. In 198 cases, the victims were younger than 15 years old.