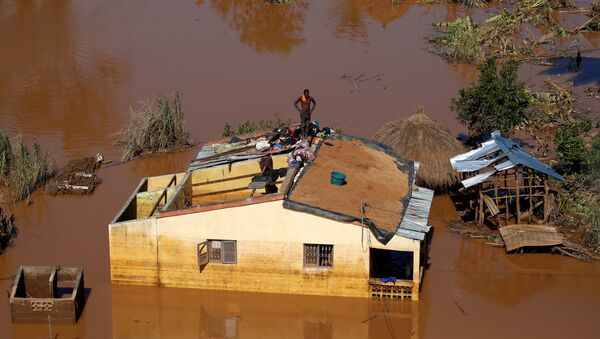 MOSCOW(Sputnik) – A total of 501 people were killed in Mozambique due to flooding and landfall, caused by the tropical Cyclone Idai, Lusa news agency reported on Saturday citing local authorities.

In addition, the country’s authorities registered 271 cases of cholera in the city of Beira, most affected by Idai, Ussene Isse, the national director of medical assistance, said as quoted by the media.

Mozambique raised the Cyclone Idai death toll to 293 and says its mortuary in Beira is full.

The total death toll across Mozambique, Malawi and Zimbabwe is now 608, but that number is expected to rise as floodwaters recede and authorities locate more missing people’s bodies. pic.twitter.com/E5nMXc0oZq

As a result, over 700 people were killed and hundreds of others went missing in the aforementioned three countries, according to the UN estimates.

An estimated 900,000 children in Mozambique have been orphaned, separated from their families, made homeless, or otherwise affected by Cyclone Idai, officials say.

That's half of the 1.8 million people impacted overall. pic.twitter.com/EF8FAi5uuC