Ferry With Dozens of People Overturns in Iraq, at Least 85 Killed 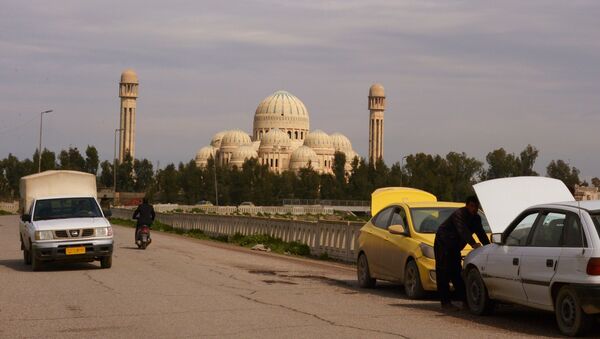 A rescue operation is currently underway, an emergency source told Sputnik. The source has named overloading as a reason behind the accident.

The death toll as a result of the ferry overturned in Iraq has climbed to 85, Sky News Arabia reported. Shortly before that, the country's Interior Ministry announced that the tragedy claimed the lives of some 71 people.

Earlier in the day, a source in the local emergency services told Sputnik that a ferry has overturned in Iraq. He specified that the accident was reasoned by overloading and the rise of the water table in the Tigris river due to unleashed floodgates.

"Al-Jazeera tourist ferry overturned in the area of al-Gabat in Mosul, there were dozens of citizens aboard, most of them were parents and children", the source said.

The source has previously said that the death toll included 45 people and the rescue operation was underway.

A ferry in #Mosul sunk there are kids died and missed. pic.twitter.com/34TzcnHHqU

As a result of the ongoing operation, the source specified, some 30 people have been saved from overturned ferry.