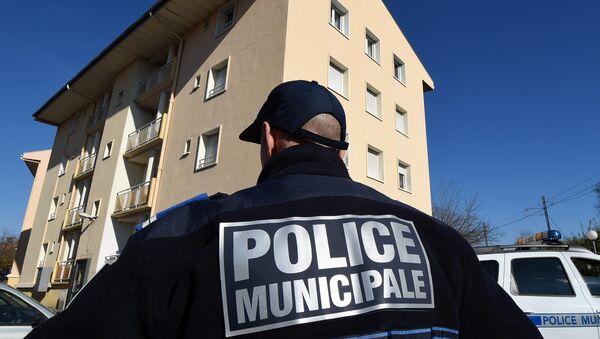 The wave of the Yellow Vests rallies, which have been marked by clashes between protesters and law enforcement agents and public disorder, started in France in mid-November of last year. Some 450 protesters reportedly gathered in Tarbes on 9 March for the 17th straight weekend of anti-government demonstrations.

On the night of 9-10 March, Yellow Vests protesters raided the Grand Orient de France Masonic lodge in the French city of Tarbes, La Depeche reported, posting an alleged video of the ransacked lodge.

According to the report, several people wearing yellow vests and masks approached the lodge's building and began to throw rocks at the facade. Later, one of the protesters allegedly climbed over the fence and opened the gate from the inside.

Having gotten into the building, the protesters overthrew furniture and trashed the esoteric art hanging on the walls. One of the rioters even carried out of a box four swords that he later put on the window sill of a neighbouring building, La Depeche reported.

A video of the consequences of the raid has been published online.