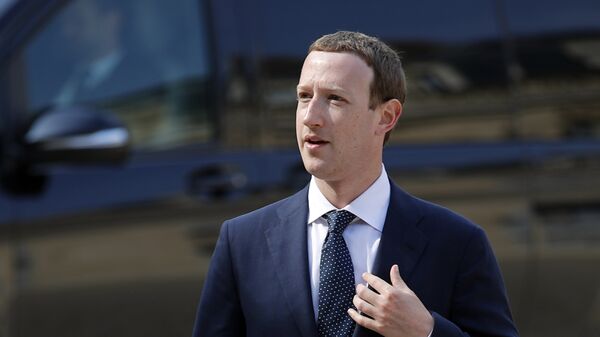 Facebook CEO Mark Zuckerberg has said he believes secure, private messaging services will become more popular than open platforms and plans to transform Facebook into such a platform.

Zuckerberg said he wanted to develop the social media network into one that is focused around privacy, reducing permanence and secure data storage. He promised that Facebook would not store sensitive data in countries with weak records on human rights like privacy and freedom of expression as a matter of principle.

"Upholding this principle may mean that our services will get blocked in some countries, or that we won't be able to enter others anytime soon. That's a tradeoff we're willing to make," he continued.

Psychotherapist Urges Facebook Moderators With PTSD to Undergo Therapy
Facebook founder added that encrypted messaging will also create scope for new business tools, especially ones around online payments and commerce, however, he did not outline the exact methods to do so. He also pointed out that these changes would take place "over the next few years".

"I believe we should be working towards a world where people can speak privately and live freely knowing that their information will only be seen by who they want to see it and won't all stick around forever. If we can help move the world in this direction, I will be proud of the difference we've made," Zuckerberg wrote.

Facebook has been criticized for the way it handles the private information of its clients. In 2018, it emerged that the data of about 50 million users had been harvested and passed on to a political consultancy.

The company owns the Messenger and WhatsApp platforms, which encrypt users’ messages. However, message encryption limits its ability to make money through targeted adverts.