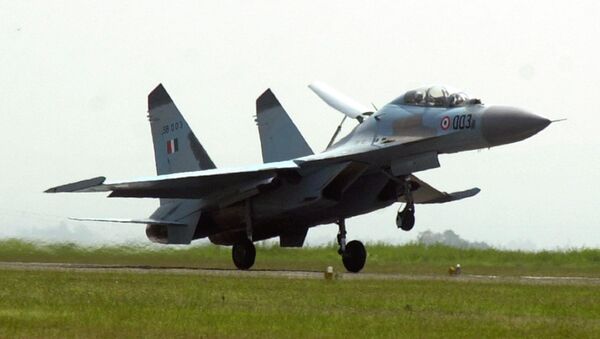 Illustrating his argument with a metaphor, Singh tweeted in Hindi, posting, "Waking up at 3.30 am last night there were too many mosquitoes in the room. I sprayed HIT (a popular repelant brand) as a measure. Now, should I begin counting how many mosquitoes I killed or should I go back to sleep?"

Expressing his annoyance, he told the ANI news agency that next time India carries out a similar operation those who raise questions should be tied to the aircraft in the raid and be taken along. "When bombs are dropped they can see the targets and then getting off they can count the casualties and come back."

After the Balakot air strike, in which Indian fighter jets pounded terror camps in Pakistan belonging to the Jaish-e-Mohammad (JeM) terro group, the Indian foreign secretary said that a "very large number" of Jaish terrorists, trainers, commanders and other jihadi foot-soldiers, were eliminated. The air strike was conducted in response to the 14 February terrorist attack against Indian security forces, which killed 40 personnel at Pulwama in Kashmir.

Opposition parties, citing foreign media sources which negated the degree of damage claimed by India, questioned the government on the claimed actual impact of the air strike.

While some on Twitter applauded the minister, there were many who did not agree with him.

Sir, how can u be sure that
1) the ones you killed were mosquitoes?
2) it was Hit that you used?
3) it was you who sprayed Hit?
4) you were sleeping when the mosquitoes bit you?
Plz give proof to Congressis & Queen of mosquitoes or apologize to the nation for lying!#CongLogic

Pakistan is shouting that something has happened to us, but our opposition is enjoying it by seeking evidence. we should also get the same…

Sir, you sleep, let counting be done by others (those who want evidences for every action which nation takes against terrorism) #GenerallySaying

Valid point sir,please convey the same to your party members who are giving figures of the range 250-500.

Now, wife of another martyr seeks proof of Balakot casualties.

Now all BJP bhakts will brand her too #AntiNational"https://t.co/u9fv8RejUc