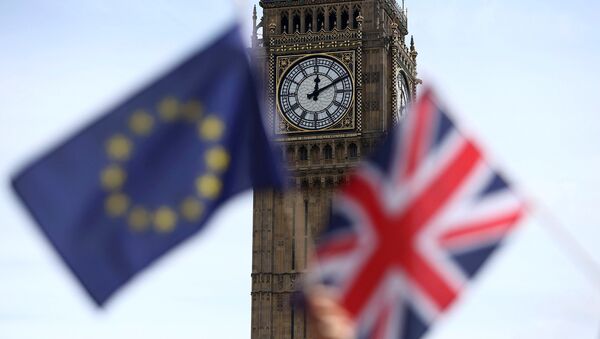 Ahead of the Parliament vote on Wednesday, Amber Rudd, David Gauke and Greg Clark have said they would vote to give Britain more time to negotiate a deal with the European Union, breaking cabinet unity and going against the current PM.

Writing in the Daily Mail on Saturday, the three ministers acknowledged May’s "extraordinary determination and resilience" in working on the deal to leave the EU, but say there will not be enough time to bring new legislation to the table before 29 March – a date the British PM has repeatedly refused to postpone. They warn that a no-deal Brexit could result in severe damage to the economy, national security and even the constitutional integrity of the United Kingdom.

"Costs will increase, businesses that rely on just-in-time supply chains will be severely disrupted and investment will be discouraged. Obviously, trade with the EU will become harder but so will trade with important non-EU economies, like Japan and South Korea, with whom we currently trade with the benefit of free trade agreements available for EU members," they wrote.

"Our hope is that parliament recognises that we should leave the EU on 29 March with a deal. However, if there is no breakthrough in the coming week, the balance of opinion in parliament is clear — that it would be better to seek to extend Article 50 and delay our date of departure rather than crash out of the European Union on 29 March," they added.

The letter in the Daily Mail came amid reports from The Guardian that ministers have told May she should resign from her post after the local elections in May, stepping down "on a high" after the elections and paving the way for a leadership contest in the summer – or risk being defeated in a vote of no confidence at the end of the year.