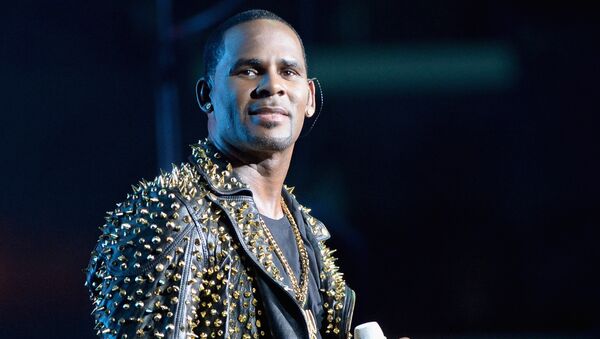 © AFP 2021 / Earl Gibson III
Subscribe
R. Kelly’s lawyer said that the singer is ‘shell-shocked’ over the sex abuse charges and will turn himself in to police Friday night.

Hours before the announcement, Kelly, 52, was ordered to surrender to authorities and appear for a hearing in Chicago on Saturday to face accusations that he had sexually abused four victims, including three minors ranging in age from 13 to 16, according to court documents, reported by Page Six.

“A grand jury returned an indictment of one count of aggravated criminal sexual abuse based on the transmission of semen by Robert Kelly upon any part of the body of the victim for the purpose of sexual gratification during the course of the underlying forcible felony of attempted criminal sexual assault,” Foxx said.

Kelly is facing a possible prison term of three to seven years for each of the 10 counts. Probation would also be an option under the sentencing guidelines.