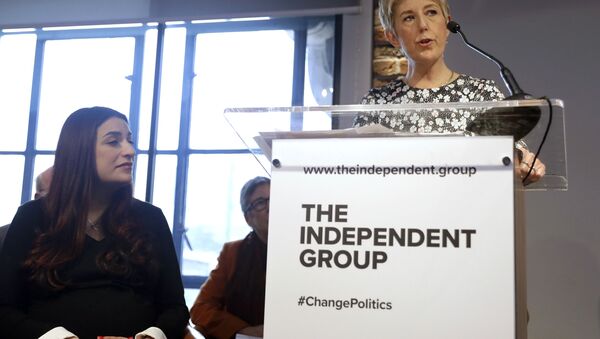 © AP Photo
Subscribe
International
India
Africa
Angela Smith was one of seven MPs who quit the Labour Party on Monday, claiming it had been "hijacked" by the Left and was "institutionally anti-Semitic".

Things cannot get much worse for Angela Smith, the MP for Penistone and Stocksbridge, who has apologised for "mis-speaking".

On Monday, 18 February, she quit the Labour Party and became a member of the so-called Independent Group so exasperated was she with the leadership of Jeremy Corbyn.

But at lunchtime, she was invited onto a live programme on the BBC in which racism was being discussed.

While trying to make a point about anti-Semitism, Smith gradually dug herself a hole.

"It's not just about being black or a funny tinge," she said, interrupting herself and not quite finishing the last word.

The clip was rapidly shared on social media with Labour Party loyalists and many others criticising her for what appeared to be racist remarks about people of mixed race.

Smith, 57, reacted by posting a video on Twitter in which she said she was "very sorry for any offence caused".

"It is not who I am, I am committed to fighting racism wherever I find it," she added.

The incident ended a pretty calamitous day for the Labour Party and for the newly formed Independent Group, which earlier had sought to portray itself as a fresh new face in politics.