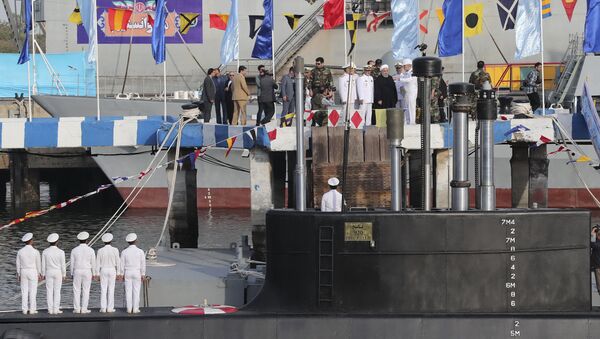 The ceremony, attended by Iranian President Hassan Rouhani, took place in the southern port city of Bandar Abbas located on the coast of the Strait of Hormuz.

According to the broadcaster, the 527-tonne semi-heavy submarine is equipped with advanced weaponry, including torpedoes, naval mines and cruise missiles, which could be fired from a submerged position.

​The submarine is reportedly capable of operating at the depth of more than 200 meters (656 feet) for nearly five weeks.