Without Partnership With Tech Giants, US Unlikely to Take Lead in AI – Analyst 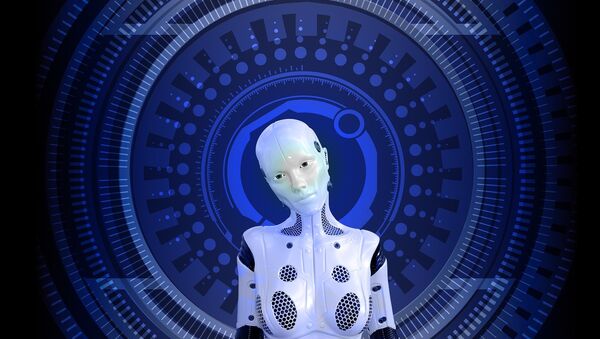 CC0 / /
Subscribe
US President Donald Trump has ordered federal agencies involved in researching and developing artificial intelligence (AI) to prioritize AI in upcoming funding requests for the fiscal year 2020 to help protect American leadership in the next technological frontier.

"Heads of implementing agencies that also perform or fund R&D [research and development], shall consider AI as an agency R&D priority", read an executive order signed by Trump. "Heads of such agencies shall take this priority into account when developing budget proposals and planning for the use of funds in Fiscal Year 2020 and in future years".

A committee in the National Science and Technology council will be in charge of coordinating research and is charged with developing an action plan to protect an existing US lead on AI development, the executive order said.

Why AI 'Writer' Tech Scares Silicon Valley Developers Who Trained It
Sputnik asked Ben Cavender, principal of the Shanghai-based China Market Research Group (CMR) which part of the federal budget will be spent on the development of artificial intelligence.

"Given the current political climate in the US, and the various issues that Trump has had in funding initiatives like a border wall, it's difficult to determine where funding for AI will come from as it's likely budgets will be disrupted in order to fit his political agenda", Mr Cavender told Sputnik in a written interview.

According to him, the US government recognises that the American talent pool capable of developing major AI initiatives is primarily distributed between major tech companies, Google and Amazon, major US research universities, and dynamic start-ups in Silicon Valley, as well as other start-up clusters.

"Without partnerships with these companies it will be very difficult for the US government to take a leadership role in AI, so there is likely to be a lot of support and involvement with these companies, most of quick see AI as a key goal for future tech development", Ben Cavender said.

A New Sputnik Moment for the US

Mr Cavender admitted that Donald Trump is interested in AI research due to the notion that future economic efficiency gains are largely going to come from increasing system efficiency, whether it is software or manufacturing, or disruption of existing industries.  "Much of that efficiency is going to come from implementation of AI into current business systems so whichever country takes a true leadership role in AI is likely to reap the majority of associated economic growth over the next 50 years", he added.

Killer Robots Not Mentioned in Pentagon's Latest AI Strategy
At the same time, Mr Caveder highlighted that to date, "China has a leadership role in the sense that it is devoting more resources, and has a larger number of people actually doing research and development of AI systems".

Hi position was echoed by Dr Gal Luft, co-director of the Institute for the Analysis of Global Security (IAGS).

"The latest documents issued by the White House and the Pentagon are a belated response to China's AI strategic plan which was issued in 2017. The administration has been under pressure for long time to respond to China's apparent lead. But the strategy is not revealing much in terms of budgets, timelines and deliverables. It is merely a call to arms for an all-of-government mobilization to ensure US technological superiority. For the US it is almost a new Sputnik moment, except that there is still no target date to put a man on the moon nor is there a clear vision of who is in charge of building the spacecraft and who foots the bill. It is a good start as a vision, but much more needs to be done to operationalise it", Dr Luft told Sputnik in a written interview.

AI Might Actually Become Mankind's Doom, WARNS Digital Strategy Consultant
According to him, the private sector will play an important role in AI and that is why Beijing, unlike the US, where data — the key to success in AI — is not easily and cheaply available for small private sector players, is in unique position to lead, due to the fact that the government in China and the private sector are closely aligned.

"There is no doubt that all the buzz about AI and the growing sense that the US may be falling behind in the technology race have gained Trump's attention. This sense of being left behind is very much a trigger for the trade spat we are seeing now", Dr Luft said.

China and the United States have been embroiled in a trade dispute since last June, when Trump announced that the United States would subject $50 billion worth of Chinese goods to 25 percent tariffs in a bid to fix the US-Chinese trade deficit. Since then, the two countries have exchanged in several rounds of tit-for-tat trade tariffs.

"[The] US has woken up to a new reality that its commercial relations with China have lent themselves to uncontrolled technology spillage and as a result the US is falling behind in the race for the 21st century. The Trump administration is trying to close the gap and to prevent China from determining global standards for the technologies of the future. The targeting of Huawei as a leader in 5G technology is an example of how fierce the technology war is going to be. I expect similar trend applying to AI", Dr Luft underscored.

According to him, nobody really knows how AI will change the future of warfare and how decisive of a factor it will be; however, AI could unleash forces that might literally threaten the existence of mankind — computers vs. humans, Dr Luft concluded.