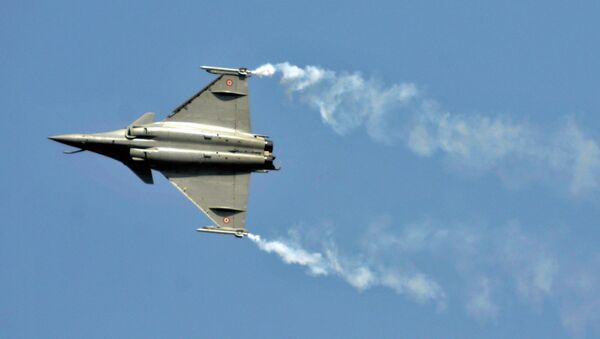 "Dassault Aviation's response is no comments", the company told RIA on Tuesday.

The news outlet said that the incident occurred in the presence of Dassault Aviation's experts, who were in Egypt in the framework of French President Emmanuel Macron's visit to the country.

France Eyeing to Deliver Rafale Jets to Malaysia, UAE
In 2015, Egypt and France concluded several military contracts with a total value of over 6 billion euros ($7 billion). In particular, Egypt has purchased 24 Rafale jets.

Emmanuel Macon promised during his trip to Cairo that Paris would deliver the remaining Rafale fighter jets to Egypt under their 2015 deal in the coming months.

Rafale is a French fourth-generation multirole twin-engine fighter aircraft, designed and built by France's Dassault Aviation. The Dassault Rafale is a multirole fighter jet which can be used for reconnaissance and nuclear strike missions.

000000
Popular comments
They payed way more than 200 million´s for each fighter. The only excuse on the plain capability is their electronics as they say. One can buy thrice the amount in russian fighters.