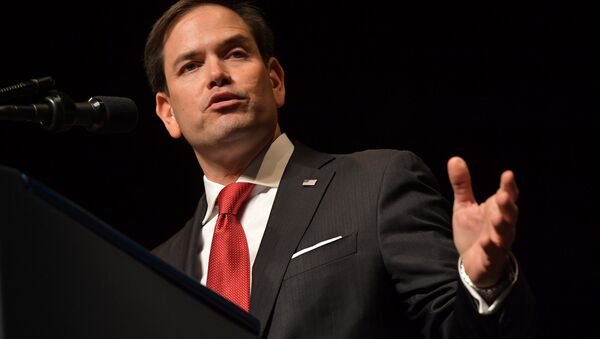 Nowadays, every political affair triggers a massive reaction on the internet, and the political crisis in Venezuela is no exception. The hashtag #guaidochallenge has been doing the rounds on social media, and many high-profile politicians have been quick to jump on the bandwagon.

The online flashmob sees users post selfies in hoodies in support of Juan Guaidó, the Venezuelan opposition leader who proclaimed himself interim president on Wednesday during massive protests against President Nicolás Maduro.

It all started after the country's communications minister, Jorge Rodriguez, said Guaidó had secretly met with government officials the day before he openly revolted against Maduro.

READ MORE: Yankee Go Home – Get Your Blood-Soaked Hands Out Of Venezuela

The cabinet minister presented surveillance footage from a Caracas hotel, which purported to show Guaidó, donning a gray hoodie and a baseball hat that made him almost impossible to identify, meet with top members of Maduro's United Socialist Party, Diosdado Cabello y Freddy Bernal.

According to Rodriguez, Guaidó told them that he was under "immense pressure" from US Senator Marco Rubio, a vocal critic of Nicolás Maduro who had been instrumental in pushing the US government to openly endorse the opposition leader.

Guaidó initially denied meeting with Cabello and Bernal, but later acknowledged he had met with Maduro officials, without disclosing their names.

Maduro opponents were quick to kick off the #guaidochallenge, mocking the Venezuelan government's attempt to portray Guaidó as a liar.

Marco Rubio himself also joined in…

…and had his fair share of criticism. "How shameful it must feel to have your family flee a US puppet, right-wing dictator, only to spend your career trying to impose them on the rest of Latin America," said political activist and author Mike Prysner. Rubio's parents left Cuba in 1956, when the country was led by Fulgencio Batista, who had seized power in a coup.

Journalist Anya Parampil quipped: "Is the challenge to make it look like you're hiding out in the Colombian embassy because you don't have any popular support in the country the US just appointed you to lead?"

​Guaidó, who took the helm of Venezuela's parliament on 5 January, has gained the backing of the United States and a string of European countries.

President Maduro has accused Washington of staging a coup in Venezuela. "This is nothing more than a coup d'etat, ordered, promoted, financed and supported by the government of the United States," he told reporters on Friday. "They intend to put a puppet government in Venezuela, destroy the state and take colonial control of the country."

Russia has stressed that it only recognizes Maduro as the legitimately elected Venezuelan president.