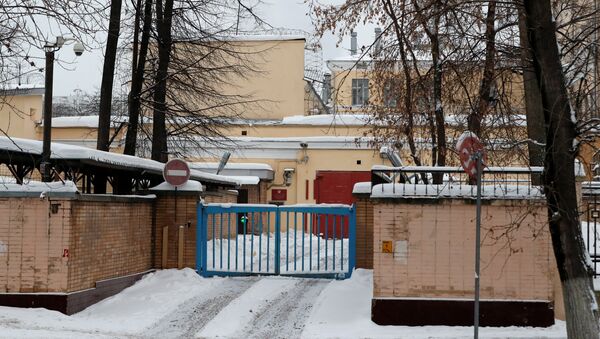 MOSCOW (Sputnik) - Vladimir Zherebenkov, attorney for espionage suspect Paul Whelan, told Sputnik on Monday that his client was found to be in possession of classified documents at the time he was detained last month in Moscow.

A Moscow City Court has ruled the detention of espionage suspect Paul Whelan lawful and refused to release him from custody, a Sputnik correspondent reported from the scene on 22 January.

"To maintain the ruling of the Moscow Lefortovo Court… unchanged, to reject the appeal", judge Dmitry Pronyakin said.

The hearing was closed to the media and the public over the classified nature of some of the case files. Whelan's defence plans to appeal the court's ruling to place him in custody over the spying case, according to reports.

"We will appeal it in a court of higher instance", the attorney said after the hearing.

Earlier the attorney had confirmed that Whelan had been found to have classified documents.

"The prosecution is saying that he was in possession of documents. Yes, he was. Are these documents classified? I confirm that they are. I cannot comment on anything else", the attorney said.

The US, UK and Canadian diplomats requested permission to attend the hearing but were not allowed to be present.

US, UK, Canada, Ireland Envoys Discuss Whelan Espionage Case - Whelan’s Brother
Meanwhile, the US has informed Russia via diplomatic channels of concerns over the delay of a consular visit to Whelan, urging Moscow to fulfil commitments, the embassy said in a statement.

The US Embassy in Russia told RIA Novosti that the Russian Foreign Ministry, after initially agreeing, delayed the visit at the request of the Russian Federal Security Service (FSB).

"US Embassy consular officers had planned to visit Mr Paul Whelan on 17 January at Lefortovo Prison. The visit had been approved by the Russian government and scheduled in advance by the Ministry of Foreign Affairs (MFA). On the morning of 17 January — the same day as the scheduled visit — the Russian MFA informed us that the visit would be postponed and rescheduled at the request of the Federal Security Service (FSB)", the embassy's press secretary Andrea Kalan said.

Kalan added that the US diplomats were "strongly concerned about the delay in consular access both to Mr Whelan and, more broadly, to US citizens in Russia and about Russia's lack of adherence to the Bilateral Consular Agreement between our two countries”.

"We have expressed our concern through diplomatic channels, and we call on Russia to meet its treaty obligations", the press secretary said.

Relatives of Paul Whelan Not Planning to Visit Moscow - Family to Sputnik
Vladimir Zherebenkov, the suspect's attorney, has also told Sputnik that diplomats from the US, UK, and Canadian mission in Moscow have come to the Moscow City Court hoping to be admitted to the hearing on the detention of espionage suspect Paul Whelan, adding that it will be up to the court to allow the diplomats to be present.