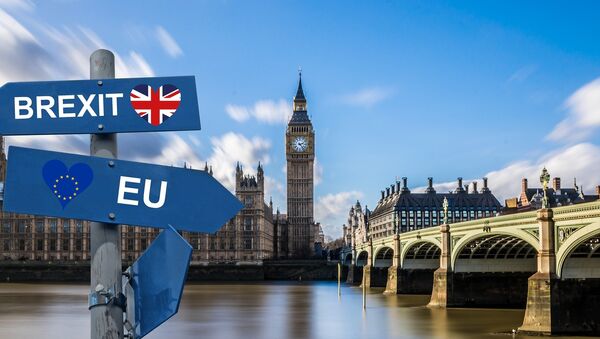 CC0 / /
Subscribe
On Tuesday, the British Parliament shot down Prime Minister Theresa May’s Brexit deal by the largest margin of any vote in British history. Now, the Labour Party in opposition has advanced a vote of no confidence in May’s government, continuing the cascade of mishaps since the vote for Brexit in 2016.

The final vote was 202 for the deal May negotiated in private with European Union leaders and 432 against it, completing the revolt against the deal begun last November. Tuesday's vote was supposed to take place last December, but was postponed after it became apparent May didn't have the votes to get it passed in the House of Commons.

After the closed-doors deal was delivered to Parliament and May's cabinet, it quickly became apparent that May, who carried out the negotiations in such privacy that even her own Brexit minister wasn't party to them, had given the country a deal nobody wanted.

Several government ministers resigned in protest, and May was found in contempt of Parliament. She subsequently faced down an internal revolt in the Conservative Party, surviving an attempted vote of no confidence on December 13.

"The debate today is the culmination of one of the most chaotic and extraordinary parliamentary processes I have experienced in my 35 years as a member," Labour Party leader Jeremy Corbyn said in the House of Commons Tuesday. "Parliament has held the government in contempt for the first time ever for failing to publish their legal advice."

"Then for the first time in a generation or more, on the 10th December, a government failed to move its own business in the House. The government has been defeated on a vote on its own Finance Bill for the first time since the 1970s. The prime minister opened the debate on her deal more than a month ago — a debate which was due to end on the 11th of December, but she pulled it in a panic, as she herself conceded it would have been rejected by a significant margin. She has run down the clock in a cynical attempt to strong-arm members into backing her deal," the Labour MP said.

"It is clear that the house does not support this deal, but tonight's vote tells us nothing about what it does support," May said in the Commons immediately following the vote. She further noted that a confidence motion would be voted on the following day.

In his own comments following the vote, Corbyn said: "The most important issue facing us is that government has lost the confidence of this house and this country… this house can give its verdict on the sheer incompetence of this government and pass that motion of no confidence."

The debate will happen on Wednesday, a time May's government specifically set aside should such a challenge arise, with debate finishing with a vote at 7 p.m. London time. May's government will need 318 votes to survive — the Conservatives hold 317 seats, plus the 10 seats held by their allies, the Democratic Unionist Party (DUP), although a couple of MPs won't be voting tomorrow, as they must perform administerial duties, Reuters noted.

If May's government loses, it will have 14 days to pick a new prime minister who commands the confidence of a majority of the House of Commons; if it can't do that, the United Kingdom must hold a new general election — one Corbyn is heavily favored to win.

Radio Sputnik's Loud and Clear spoke with legendary anti-war activist and former British parliamentarian George Galloway, who reported from London about the results of the vote.

​Galloway said the vote was "the worst defeat ever suffered by any British government on any matter in our entire history," noting the second biggest was by Labour's first Prime Minister, Ramsay MacDonald, in 1924, following a landslide election victory by the Conservatives.

The former MP said May's ability to survive Wednesday's no confidence vote depends on the continuing support of the DUP from Northern Ireland, whose 10 MPs voted against her today, as well as every Conservative politician showing up for work and not deciding to "go missing in action," since she maintains only a razor-thin majority.

The DUP's most sensitive issue is the so-called "Irish backstop," part of May's agreement that enabled her to avoid the question of a "hard" border across the island of Ireland between the Republic of Ireland in the south and Northern Ireland in the north by including the latter in the EU customs union. The DUP have dismissed the backstop as "toxic," as it separates the territory from the rest of the UK. If the unionists pulled their support, May's government could crumble.

However, for the moment, the DUP has said it will continue to play kingmaker and will not abandon its supply and confidence agreement with the Conservatives.

But Galloway noted that some Tories "who so don't want Brexit at all might be persuadable to go missing, or even to vote against her. Some of the 115 Conservative MPs who rebelled against her this evening, and who'd earlier voted ‘no confidence' internally, inside the Conservative Party just last month against her, some of those might want to take the risk of voting for, or at least facilitating this no confidence motion tomorrow in the belief that they would still have 14 days to bring forward an alternative Conservative leader who could demonstrate that they could command a majority in the House."

But if May's prime ministership does survive, "that just prolongs the agony for her," Galloway told hosts Brian Becker and John Kiriakou. "She now has to go to the European Union and say, ‘I lost, by an historic margin; what can you offer me that can turn that around?' And because the margin was so great, it's very difficult to see why the European Union would even be bothered to entertain tweaking at the edges of an agreement that clearly has lost by a deluge. So we continue towards the default position, which is, on the 29th of March, with or without a deal, we leave the European Union — in this case, without a deal."

The prospects of Brussels yielding are slim. EU leaders have indicated they intend to budge very little on the agreement, with German Foreign Minister Heiko Maas dismissing the possibility that the deal could be fundamentally overhauled, noting that "if there were a better solution, it would already have been put forward."

When the revolt against May's deal began late last year, EU Commission President Jean-Claude Juncker said, "The deal we have achieved is the best deal possible, the only deal possible… There is no room whatsoever for renegotiation. But, of course, there is room, if used intelligently, there is room enough to give further clarifications and further interpretations."

As the situation in Britain slowly spirals downhill since the June 2016 Brexit vote that ended David Cameron's prime ministership, Galloway noted that a similar social and political decline, likewise driven by foolish decisions by political leaders, can be witnessed in other Western countries, including France, where the Gilets Jaunes (Yellow Vests) protests have entered their ninth week, and which he characterized as in the "early stages of a revolutionary situation."

In the US, too, the activist noted that the government is closing in on an entire month of being shut down. "You've got the police openly intriguing against the elected president, you've got generals practically mutinying… all the while, [French President Emmanuel] Macron, May and Trump, go around the world telling other people how to organize their countries whilst their own states are literally falling apart in the governments," Galloway said.

"There are many contenders for Theresa May's crown," Galloway told Sputnik. "The streets of London are full of putative leadership campaigns setting up offices, requiring phone lines, setting up Twitter handles and all the rest. So some of their supporters might take the view that if the Tories lose the no confidence vote tomorrow, that within the next 14 days they can put together a new regime."

"But if they can't, if they can't persuade the queen of it, the queen will dissolve Parliament, and there will be a three-and-a-half week campaign, a new general election, and all the signs are — the bookmakers, the opinion polls, the pundits, the terror in the eyes of the enemy — are that the anti-imperialist with whom I sat in Parliament for almost 30 years, Jeremy Corbyn, would be Britain's new prime minister," he said.

Galloway dismissed the possibility of a second referendum, though, noting that most of the concerns about Brexit aren't shared between the rich and poor. He characterized the 2016 Brexit vote as a "revolt of our own sans-culottes. It was a revolt of the people whose lives under 45 years of neoliberal economics, austerity and the capitalist tenets of the European Union, are really quite dire. The industrial heartlands, as you described them, are now the industrial wastelands, ‘rust belts,' you call them in the United States. Why should anyone living there have any affection for an economic bloc which presides over, has presided over — indeed, helped to dictate — their own decline?"

"So the British state can try, if it likes, to cheat those people out of what they voted for, but I promise you: if they do, it'll make events in France look like a tea party."