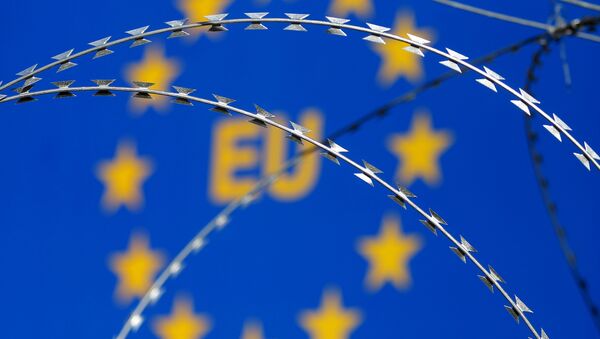 The announcement came after bilateral talks between Italian Deputy Prime Minister Matteo Salvini and Polish Minister of Interior and Administration Joachim Brudzinski, which took place during Salvini's visit to Poland.

Polish Minister of Interior and Administration Joachim Brudzinski announced that Warsaw and Rome have agreed on strengthening the European Union's external border.

Brudzinski highlighted that it is more "effective" to help "those who affected by war conflicts…on the spot".

​In another tweet, Brudzinski noted that "cooperation between the countries of origin and transit of migrants should be enhanced".

Salvini echoed this in a statement that both sides wish to work on changing Europe.

"Poland and Italy will be part of the new spring of Europe, the renaissance of European values," Salvini said during a press conference with Poland's Interior Minister Joachim Brudzinski.

"The Europe that will come to form in June (after May's European Parliament elections) will lead us all than the one that exists today and is run by bureaucrats," he added.

Another statement made by Italy's deputy prime minister was related to the future of the country's  migration policy.

"There are proposals in Europe to accept more migrants from more vessels, those who are transported by smugglers and non-governmental organizations. This is a huge problem. For example, today several people from North Africa were detained in Italy. One of the detainees is accused of terrorism," Salvini said.

He also explained Italy and Poland's position on the UN Global Compact for Migration.

"As a minister, I will never agree to accept more migrants… States should be able to protect their own borders and their own citizens. This is the reason why both Italy and Poland refused to sign the global compact for migration," Salvini noted.

The Brudzinski-Salvini meeting is the first of two planned. The second one is to take place between Italy's Deputy PM and Jaroslaw Kaczynski, the leader of Poland's ruling Law and Justice party, according to the New York Times.