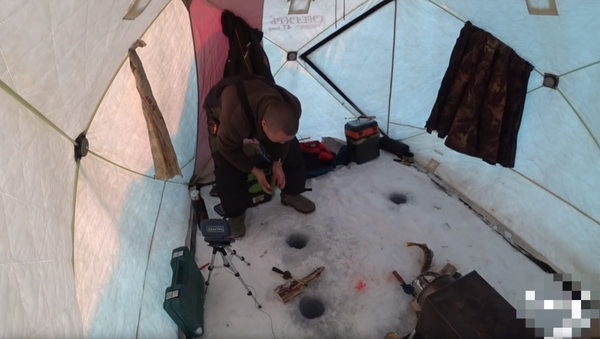 © YouTube/Viral Hog
Subscribe
When your rod and dinner take a dive.

While it's usually one's patience that's tested while ice fishing, a December 26 Viral Hog upload shows one unlucky angler whose grip, or lack thereof, got the best of him.

The seemingly seasoned fisherman is first seen focused on baiting and tracking the pike from below. Getting giddy, it's not long after that he begins to pull on the line to retrieve what he thinks is his catch of the day.

Clearly hip to the human's tricks, the fish does a bit of his own tugging and actually snatches the both the line and his rod down the hole!

Score one for the local fish!