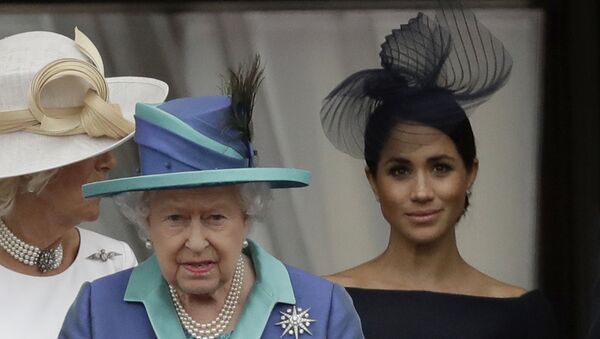 Soon-to-be-mother Meghan Markle has acquired a somewhat controversial image, with courtiers saying that she had sparked a rift between Prince Harry and Prince William, and left her sister-in-law Kate Middleton in tears prior to her wedding. This adds up to a feud in her own, American family, as her father says he had been ghosted by Meghan.

Meghan Markle building up tensions in the royal family behind closed doors has been dominating national headlines in the United Kingdom. Observers at Buckingham Palace claim that the Queen had been closely monitoring the situation with the Duchess of Sussex's family — and was apparently not happy with the way it was being handled.

"She [The Queen] was very concerned that it [the Markle situation] was spiraling out of control, which it was", a source told Vanity Fair.

"Buckingham Palace wanted to be able to do something and be proactive and make the situation go away. It was a direction from the Queen, so her courtiers were under strict instructions to sort it out.

But Kensington Palace was not singing from the same hymn sheet, and that was because the message was coming from Meghan. She didn't want to engage and thought that she could handle it on her own".

The Queen reportedly raised concerns about Meghan Markle's family in the months leading up to her wedding with Prince Harry in May. Negative press began running after Meghan's older half-sister, Samantha, made critical comments about her online and on TV.

Moreover, Samantha acknowledged that she had staged photos of their father, Thomas Markle Sr., reading a book about photos of Great Britain prior to the wedding, to improve his image amid increased media attention.

The two were not formally invited to Meghan's big wedding, with Thomas saying a week ago that his daughter had "ghosted him" and that he did not know the reason. He also appealed to the Queen and asked her to fix the situation. "I would appreciate anything she can do and I would think she would want to resolve family problems", he said. "All families, royal or otherwise, are the same and should be together, certainly around the holidays".