US Government Shuts Down in Dispute Over Funding for Border Wall 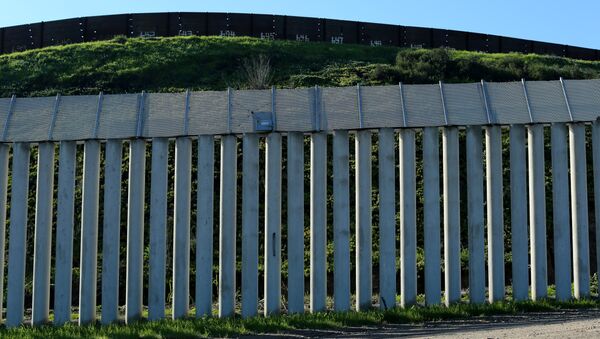 WASHINGTON (Sputnik) - The US federal government partially shut down after members of Congress failed to resolve differences over $5 billion in spending for President Donald Trump’s border wall.

When commenting on the lawmakers' failure to resolve differences over his demand for funding for a border wall guarantees, US President Donald Trump stated in a video published on Twitter that the partial shutdown of the government would hopefully "not last long".

New Poll Shows Whom Americans Blame for Potential US Government Shutdown
Funding for key government operations expired at 11:59:59 pm on 21 December (around 5:00 am GMT on 22 December). Earlier in the day, the Senate failed to reach a compromise over a House-passed bill and decided to adjourn until 22 December.

Essential services such as retirement payments, air traffic control and airport security will continue to be funded while every essential agency and department such as the US military — will remain open, according to government officials.

Meanwhile, the shutdown prompted Trump to cancel plans to spend the holidays at his resort in Florida.

US Government Shutdown Likely as Trump Fights for Border Wall Funding
The federal government previously closed twice this year with minimal impact. A three-day shutdown in January took place over a weekend and a February closure only lasted for a day. All three shutdowns this year involved disputes over immigration.

The US government shut down after senators failed to pass a stopgap motion and funding ran out on 18-19 January at midnight (5:00 am GMT). The second brief shutdown took place on 9 February and ended the same day when both the US House of Representatives and Senate passed a continuing resolution to keep the government funded for six more weeks, while also raising sequestration budget caps on military and non-defence spending for fiscal years 2018 and 2019.

Building a wall on the US-Mexico border was one of Trump's key promises throughout his presidential campaign. The president believes that the wall will stop illegal migration, as well as human and drugs trafficking.