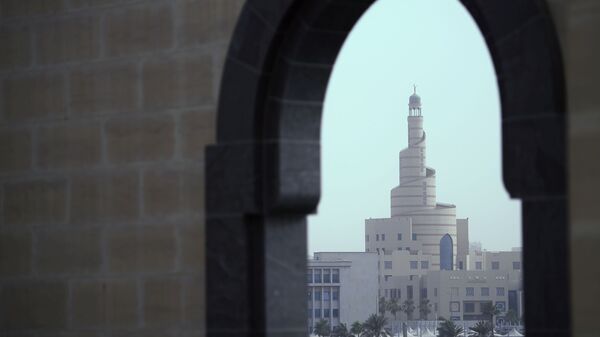 MOSCOW (Sputnik) - Global order is being revisited at a high pace due to a rapid development of technology, while traditional regional alliances are becoming subject to review, Qatari Foreign Minister Mohammed bin Abdulrahman bin Jassim Al Thani has stated.

"We believe that the global order is being revisited. But it is not something new to us. It is a cycle. Every few years or a few decades … [a new cycle begins]. Just time frame of the cycles has been shortened. This is given to multiple factors but mainly we think technology, connectivity, communication has been a major contributor to shorten this cycle of change", the minister said at the Doha Global Forum's panel discussion.

Technology and communication have also become key factors for the change of the view of the countries in shaping their alliances, according to the diplomat.

As an example, he referred to the Gulf Cooperation Council (GCC), which "has been undermined by the crisis" between Doha and its Gulf neighbours.

"That is why the regional alliance needs to be reshaped and redesigned", he said, suggesting that the GCC should transform into a "binding structure" to make sure that all rules and decisions that its members submit to are honoured.

The statements come amid the diplomatic and economic blockade, imposed by the United Arab Emirates, Saudi Arabia, Bahrain and Egypt, among others, on Doha. These nations accuse the country of supporting terrorism and interfering in their internal affairs. Qatar has refuted the allegations.

As a result of the crisis, the 2017 GCC summit was derailed. This year, the summit did take place. Despite the invitation from the Saudi king, Qatari Emir Tamim Bin Hamad Al-Thani, however, decided to skip the event, sending the country's state minister for foreign affairs in his stead.