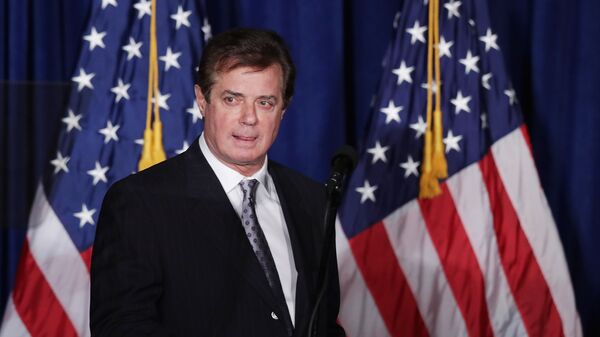 "In lieu of the defence submission that is due on December 12, 2018, it is ORDERED that a scheduling conference is set," Judge Amy Berman Jackson said in a pair of court orders that scheduled the hearing for Tuesday at 3 p.m.

Special Counsel Robert Mueller said in a court filing last month that Manafort broke his plea deal by lying about his contacts with Russian officials and the White House while he was in prison.

Manafort to Return to Court March 5 for Sentencing - Reports
Mueller's filing said Manafort  "breached his plea agreement in numerous ways by lying to the FBI" about numerous things, including his interactions with Russian associate Konstantin Kilimnik. The document also stated that the former associate of then-presidential candidate Trump provided wrong information about a wire-transfer to a firm that was working for him, information relevant to another Justice Department investigation.

Manafort reached the plea agreement with Mueller in September after a jury found him guilty of eight charges of tax evasion and bank fraud by a jury in the US state of Virginia in August.