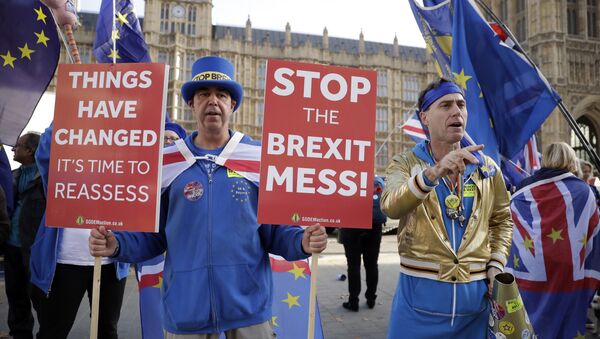 The European Court of Justice ruled on Monday that Britain could halt Brexit without the approval of EU member states, saying "that a member state is free to revoke unilaterally that notification".

UK Environment Minister Michael Gove said that the vote on the Brexit deal will go ahead in parliament on Tuesday.

"The alternatives to supporting this deal are either potentially no Brexit, a victory for the People's Vote campaign and the hardcore remainers who want to thwart democracy, or we could have a situation we have the very uncomfortable circumstances of no deal", Michael Gove said.

Gove added that talk about the Conservative Party's leadership is a distraction.

The United Kingdom can unilaterally revoke its notification of withdrawal from the European Union, the EU Court of Justice (ECJ) said Monday in a press release.
The ruling was published a day before the UK House of Commons is set to vote on the Brexit deal agreed by the UK government and Brussels.

"In today's judgment, the Full Court has ruled that, when a Member State has notified the European Council of its intention to withdraw from the European Union, as the UK has done, that Member State is free to revoke unilaterally that notification. That possibility exists for as long as a withdrawal agreement concluded between the EU and that Member State has not entered into force or, if no such agreement has been concluded, for as long as the two-year period from the date of the notification of the intention to withdraw from the EU, and any possible extension, has not expired", the press release read.

The court added that the United Kingdom would have to decide on the cancellation through "a democratic process in accordance with national constitutional requirements" and communicate its decision to the European Council in writing.

The voting on a Brexit-deal will take place in the House of Commons on December 11.

All Options: Tory MP Patel Threatens Ireland With Famine Amid Brexit Tensions
While some lawmakers called for a new Brexit referendum, May rejected the idea and called on the parliament to approve the agreement in order to avoid "more division" and "more uncertainty".

Among the biggest controversies of the deal is almost 40-billion-pound (over $50 billion) "divorce bill" the UK has to pay to EU, as well as an unclear situation with the UK-EU border in Northern Ireland.