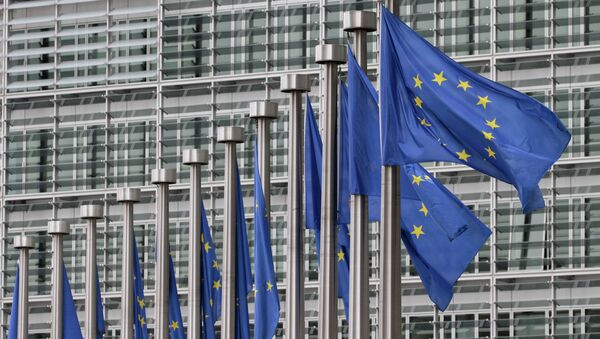 "Setting up a Brussels-based research network to encourage all major European countries, US and Canada to establish in a major national think tank a process or programme for studying infowar The basis of this network is the academic research programme of the Institute for European Studies at the Free University of Brussels (VUB-IES)," the Project Proposal Form read.

"Purpose: To counter Russian disinformation and malign influence, and associated weapons of ‘Hybrid warfare’, in Europe and North America by: expanding the knowledge base; harnessing existing expertise, and; establishing a network of networks of experts, opinion formers and policy makers, to educate national audiences in the threat and to help build national capacities to counter it," the document further read.

The program described in the document includes two phases. Phase One envisages the creation of the so-called clusters, including a hub plus a network of experts, journalists and political players, in nine countries — Spain, France, Germany, Greece, Netherlands, Lithuania, Norway, Serbia and Italy — with funding from the UK Foreign Office and NATO.

The hackers claim that Integrity Initiative is a "large-scale information secret service" created by London to "counteract Russian propaganda" and allowing the United Kingdom to meddle in other states’ domestic affairs.

The documents, published by Anonymous, also showed that the Integrity Initiative's costs for the fiscal year ending on March 31, 2019, were estimated at 1.96 million pounds ($2.51 million). Apart from the UK government and NATO, the program is founded by Facebook, the US State Department and other governmental and non-governmental structures, according to the leaked files.