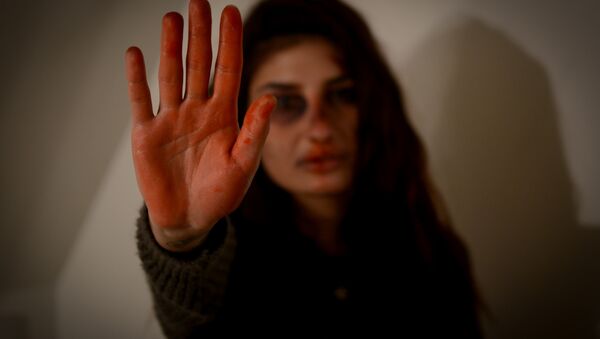 WASHINGTON (Sputnik) - The United States is committed to advancing gender equality, preventing and responding to all forms of violence against women and girls, from domestic and sexual violence to forced marriage and so-called honor killings, the US secretary Pompeo said.

"Eliminating violence against women and girls requires all of us—governments, the private sector, civil society, and faith-based organizations—to take action," US Secretary of State Mike Pompeo said in a statement on Friday.

He stressed that to help bring attention to this global challenge, the United States was "proud to observe the International Day for the Elimination of Violence Against Women on November 25 and the accompanying 16 Days of Activism Against Gender-Based Violence."

Violence Against Women is 'Rooted Deeply in Gender Inequality,' Activist Says
Pompeo also noted that societies that empower women to participate fully in civic and economic life are more prosperous and peaceful.

The secretary's of states comments come of the verge of the International Day for the Elimination of Violence against Women which is marked on November 25 — the day was designated by the UN General Assembly.

The UN defines violence against women as "any act of gender-based violence that results in, or is likely to result in, physical, sexual or mental harm or suffering to women, including threats of such acts, coercion or arbitrary deprivation of liberty, whether occurring in public or in private life."